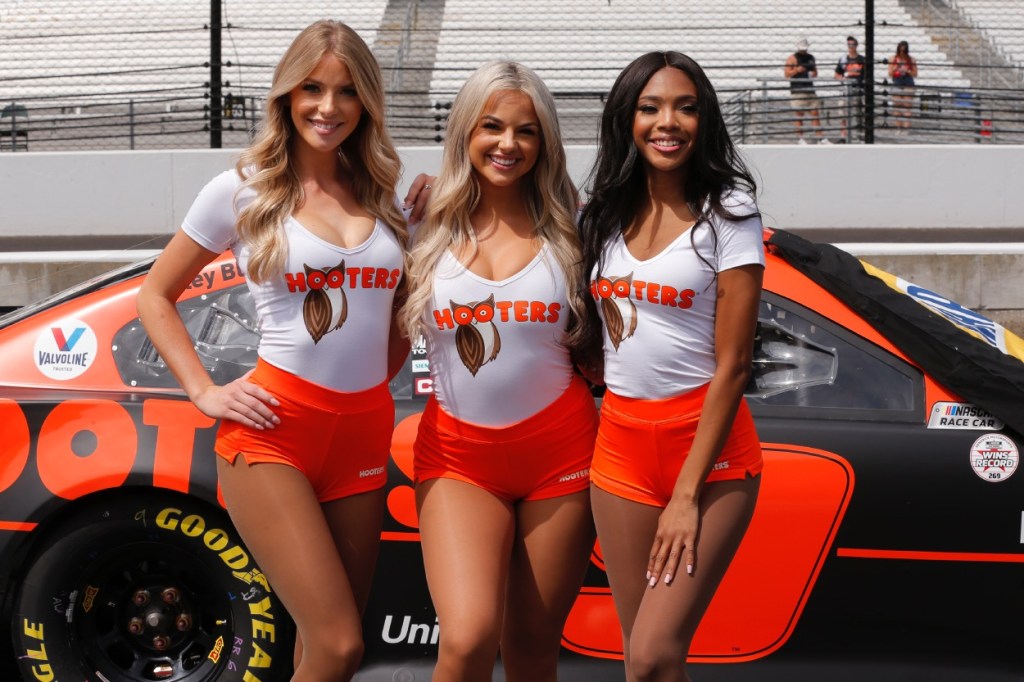 Hooters just announced it signed 51 offensive linemen aka Big Uglies from 10 different college football teams. This is the perfect NIL partnership for Hooters and for the players who all have reputations of being able to eat more than ten men.

This Hooters NIL initiative isn’t about highlighting the biggest appetites, though I certainly think that’s implied. In a press release, Hooters said it’s about shining light on players who don’t receive their fair share of the spotlight.

“For decades, the physical play, blue-collar mentality and on-field leadership of the offensive lineman has shined, but national praise and attention for these crucial players has all-too-often been sidelined. We want to change the narrative and celebrate these elite student-athletes who play a pivotal role in making college football so thrilling and give them their fair share of the spotlight.”

The initial announcement says they are singing 51 offensive linemen to NIL deals with players from Auburn, Florida Atlantic, Georgia Tech, LSU, Miami, Missouri, Oklahoma, Texas A&M, Vanderbilt, and USF. It’s unclear how much the Hooters NIL deals are worth individually or on the whole but they did announce what the players will be doing:

The O-line ambassadors will visit Hooters locations and have starring roles across social media, encouraging fans to make Hooters their gameday destination or to pick up wings and other Hooters favorites for tailgate and viewing parties.

If Georgia Tech’s ‘Wing Green’ signed an NIL deal with anyone other than Hooters it would be a shame. His name is Wing! Look at this absolute unit:

Hooters has a landing page with all 51 offensive lineman and links to their individual Instagram pages. As they will become social media ambassadors for the greatest chicken wing chain in America, it’ll certainly be important for fans to be able to catch up with their wing-eating on Instagram.

And here is a list of the 51 Hooters NIL athletes signed today:

college football in a nutshell:

This quote from Georgia Tech offensive lineman Pierce Quick indicates this is going to be a perfect Hooters NIL partnership:

“It is an honor to have Hooters promote the big guys up front and advocate for the work, dedication and spirit of offensive linemen throughout college football. Like an offensive line, Hooters is all about comradery and having a good time, and I think I speak for all linemen by saying we are extremely excited to partner with a restaurant we already love and throw down some wings.”

I’ve always been a non-ironic fan of Hooters. They have some of the best curly fries, chili dogs, and of course, chicken wings in the game. Theyv’e got TVs everywhere. It’s just a great place to watch games or pre-game concerts.

This was a no-brainer for everyone involved https://t.co/xtCMIqZ3ci