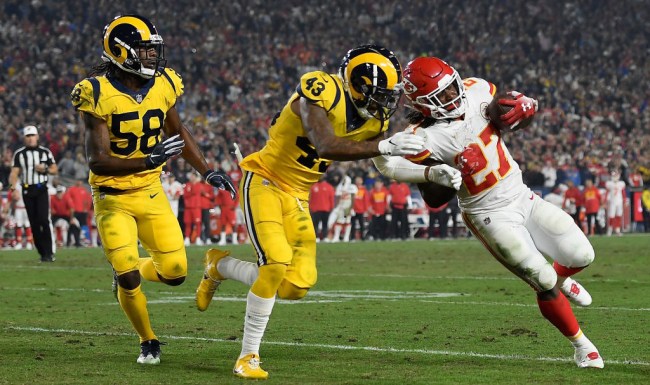 Kansas City running back Kareem Hunt is facing a very lengthy suspension from playing in the NFL thanks to his actions back in January and February of this year.

Hunt has already been released by the Chiefs, and no NFL team picked him up on waivers, not even the Washington Redskins. So Hunt’s football future is looking pretty grim these days.

Not even the virtual Kareem Hunt is welcome in the virtual NFL these days as EA Sports has gone ahead and removed his name and likeness from their popular Madden NFL 19.

In Hunt’s place, at least for those gamers who own Hunt on their Madden Ultimate Team, is “HB #25” along with a generic photo of a running back.

Madden has removed Kareem Hunt from the game. All game modes. Completely erased besides in Ultimate Team mode where his “card” is now HB #25 pic.twitter.com/FqDr8SlWJq

Hunt is still listed on the Madden NFL 19 website, however. 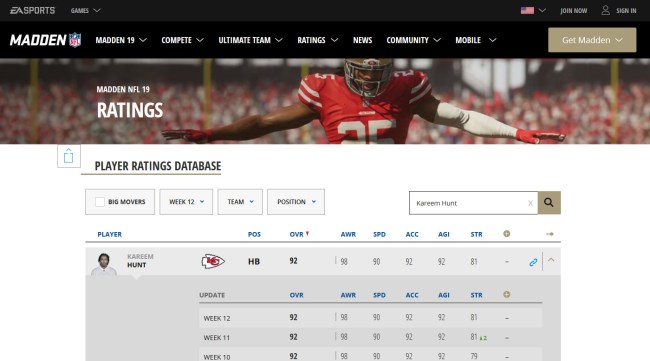 Of course, as one would expect, not everyone was happy with this move by EA Sports.

@EASPORTS_MUT any compensation for getting all value of Kareem Hunt ripped away with no warning? I’ve now got an 86 HB with no value whatsoever. Should be some sort of compensation/repayment

Hey @EASPORTS put Kareem Hunt back on my madden 19 game you cunts I didn’t pay 60 for you to start removing stuff. I want my money back

@EASPORTS_MUT so with Kareem Hunt out of the game, are you going to give players who had him in their active lineup some sort of compensation?

@EASPORTS_MUT YOU FUCKING RETARDS GIVE ME MY FUCKING KAREEM HUNT CARD BACK.

Kareem Hunt officially off Madden roster. Thats big for tournament. He was good in redzone.

Glad to see everyone still has their priorities in proper order.