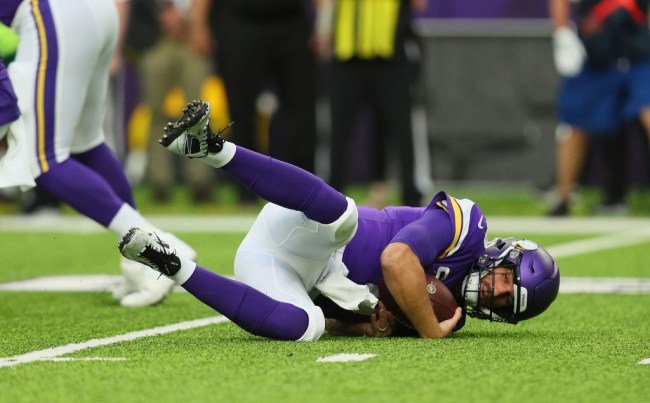 The Eagles and Vikings are set to do battle on Sunday in Minnesota in a pivotal NFC matchup. Both teams enter the contest at 3-2 on the season and with this game meaning plenty for both teams early on in the season there’s been some trash talk issued.

Philadelphia linebacker Zach Brown addressed the media after Friday’s practice and told the world how he really feels about Vikings quarterback Kirk Cousins. The two were former teammates in Washington with the Redskins so he does indeed have first-hand experience around Cousins.

“Cousins, I think every defense is going to want that guy to throw the ball,” Brown said after Friday’s practice. “For me, that’s probably the weakest part of their offense is him. Everything else is good. They’ve got a good running game, probably one of the best in the league. They have real good receivers. You just want them to pass the ball. You want Kirk Cousins to get it in his hands.

“I realized when I was in Washington, he was kind of careless with the ball. But at the same time, hey, you make the bed you sleep in,” Brown said.

Shots have been fired, folks.

Brown isn’t necessarily wrong here, either. Cousins started the season in pretty good form with two touchdowns, no picks and over 530 passing yards through two games but since then has been about as bland as a quarterback can be.

Cousins has led Minnesota to a 2-1 mark over the last three games but has thrown just three touchdowns to go along with two interceptions. He threw the ball just 10 times against the Falcons a week ago picking up just 98 yards in the air. To say the Vikings are relying heavily on their run game whenever possible is an understatement.

It’ll be interesting to see how Cousins reacts come Sunday and if he’s given any sort of green light in the air; it’s pretty clear the Eagles want that to be the case.