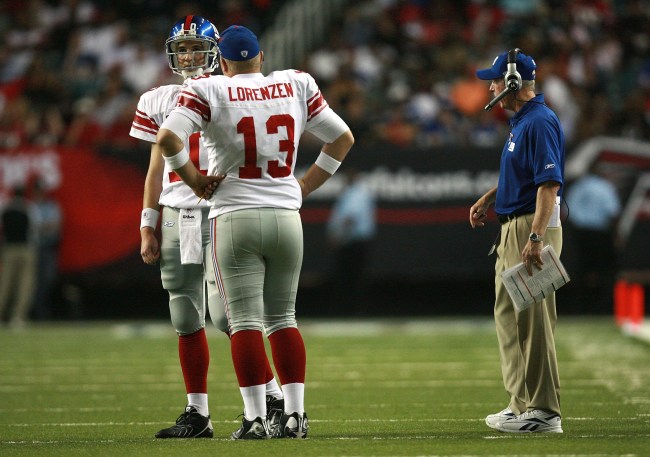 The New York Giants have suffered through a pair of tragedies this month with the passings of former quarterback Jared Lorenzen and offensive lineman Mitch Petrus, two players who won Super Bowls with the Giants.

Lorenzen, affectionately known at The Hefty Lefty, died from heart and kidney complications and was honored with a memorial service in Edgewood, Kentucky on July 10th. Eli Manning, on the cusp of attending his 16th training camp, was not going to let his former backup get buried without paying homage to their four years as teammates.

Manning traveled to Kentucky to attend the services and spoke to the New York Post about how difficult it was to say goodbye to his friend.

“Especially Jared,’’ Manning told The Post during a reflective break in the training camp grind. “We came in at the same time, competed against him in college, we were friends here for four seasons, won a Super Bowl, had so many good memories, in the meeting rooms and up in Albany at training camp. I went to the funeral and I saw his parents, to see his kids, it’s just sad. It’s just hard to kind of see that. That was tough.’’

Lorenzen’s dad, Joe, spoke about how much Eli showing up to the service meant to his family.

“It means a lot to our whole family. They’ve been a class act since Day 1. Eli has been great too, just a first-class teammate and friend.’’

“He was a great teammate. Funny, prankster, witty, sharp guy. He was just a good person to be around. Always brought laughter into our lives.’’

RIP to a legend.