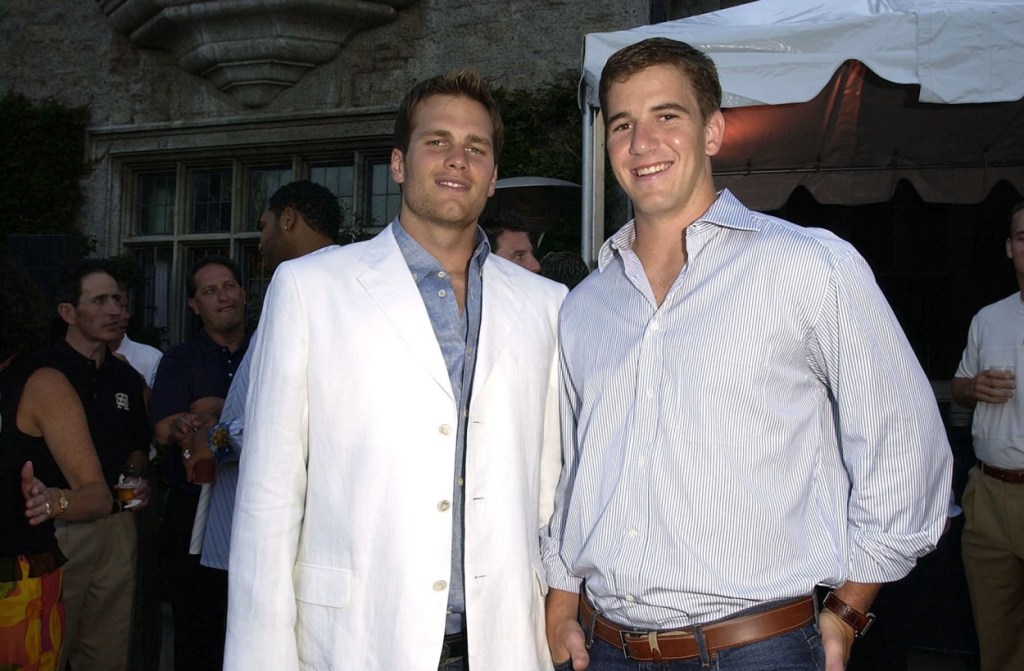 So many important people have congratulated Tampa Bay Buccaneers quarterback Tom Brady on his retirement that I’m half-shocked the President and Pope haven’t wished the G.O.A.T. ‘grats’ yet. There will never be another Tom Brady. His records won’t be matched in the NFL, at least not in our lifetimes.

Among those who congratulated Tampa Tom on his retirement were the Manning Bros. Peyton Manning was arguably Tom Brady’s nemesis for several years as they were competing for the same all-time NFL records but Eli Manning was Tom Brady’s kryptonite. Tom Brady lost two Super Bowls to Eli Manning (2007, 2011) and the 2007 title spoiled Tom’s closest shot at a perfect season.

I could write about the thousands of congratulations Tom Brady is receiving but the reason I want to call out Eli Manning congratulating Tom Brady on retirement specifically is Eli’s perspective. It’s incredible. Eli watched Tom’s career unfold from college, the NFL, and retirement.

“Hey Tom, I just want to congratulate you on an incredible NFL career. 22 years, seven Super Bowls, multiple MVPs, I mean no one really did it better than you.

It was an honor and a privilege just to watch you compete, watch you play and to do it at such a high level for so long – in your 22nd year you were playing as good as you ever were. I watched you win a Super Bowl when I was in college, got to watch you win a few when I was in the NFL and I saw you win one when I was retired so that’s an impressive career right there.”

Congrats on your retirement Tom. pic.twitter.com/uXvRMO1BhE

Eli added “Good luck in retirement, congratulations on an incredible career and I appreciate your generosity in at least sharing a few of those Super Bowls with me.”

"It was an honor and a privilege to compete against him on the field, and I truly appreciate his friendship off the field."

Now I’m sitting here wondering what Tom Brady does on his first day of unemployment. Does he hop on a jet to go somewhere remote where he won’t get recognized or is Tom the type of guy to just hit the gym all day and check up on all of his other business interests?