Elijah Moore Put On Weight And Looks Like A Beast While Challenging A.J. Brown To An Epic Race 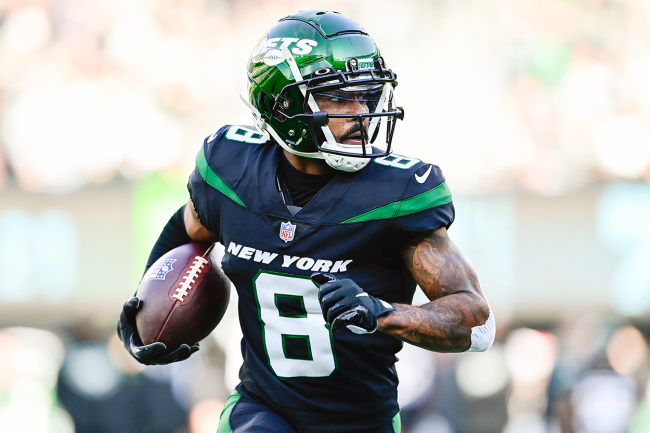 Elijah Moore and A.J. Brown are like that. The two former Ole Miss Rebels crossed over for one year in Oxford but became very close during their time together.

All of this goes to say, again, that they are like that. Brown and Moore are for life.

The two NFL receivers were recently working out with FAU strength and conditioning coach Joseph Guarascio and challenged one another to a race. Both guys are wicked fast.

When both guys got together for a race, it was neck-and-neck the entire way. Both guys were hauling, and it is really up to interpretation as to who won.

Brown is in the hoodie, while Moore is shirtless. Take a look and decide for yourself:

Two savages competing! True competitors will compete in anything someone challenges them in. These two are ready for a BIG year. #nfl @1kalwaysopen_ @e_moore03 pic.twitter.com/vsKyhHQNBy

After the race went viral, it was reposted to various accounts across Twitter, but one in particular caught Moore’s attention. The tweet said that Moore is 178 pounds, which is how he was listed on the Jets roster last fall.

He wants to be very clear that is no longer the case. He put on some weight during the offseason.

Moore was New York’s most-targeted and leading receiver last fall. He is bigger than he was a year ago entering 2022 but hasn’t lost any speed and Zach Wilson is reportedly much improved. The Jets’ second-year duo could be very dangerous!