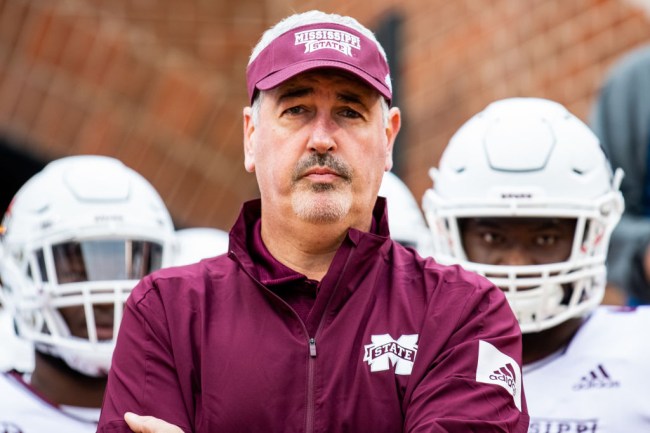 For most people, November 28th, 2019 was simply Thanksgiving Day. They spent quality time with their family and friends, ate too much, maybe drank too much, watched some of the NFL action and called it a day, not caring at all about the lone college football game on the slate between Ole Miss and Mississippi State.

Those are the lucky people, the smarter people, really.

I didn’t fall into that group. As an Ole Miss fan, I’ve unfortunately never fallen into that group. I had to suffer through that abysmal football game for the 26th time in my life. With that being said, if you were lucky and dumb enough like me to be watching the game live, you witnessed one magical moment that will go down in college football history.

With four seconds left on the clock, Matt Corral found Elijah Moore in the endzone to cut the State lead to 21-20, then it happened. Moore crawled to the back of the endzone, raised his right leg up and mimicked a dog peeing. Tack on a 15-yard penalty for the celebration, Ole Miss misses the extra point and loses by one.

This was obviously the biggest moment in the Egg Bowl, perhaps one of the most memorable in the series 116-game history, but I’m not so sure anyone imagined it would have set off the sort of chain reaction it did for both programs.

Fast-forward three days and Ole Miss fired head coach Matt Luke. The ice was extremely thin for Luke in Oxford, but if Moore doesn’t raise his leg, the Rebels make the extra point and go on to win that game, he is still the head coach at Ole Miss today. His 15-21 record while in charge at Ole Miss didn’t help, but the dog pee celebration was ultimately his demise.

Instead, Luke is now an assistant coach on Georgia’s staff and Ole Miss has given Lane Kiffin another head coaching shot in the SEC.

A little further south in Starkville, Joe Moorhead’s seat was already starting to get hot heading into the Egg Bowl and for him, the script was flipped, most would agree that beating Ole Miss is what kept him safe from being fired.

Safe for only about a month, though.

On Friday it was announced that Moorhead had been fired after two seasons with the Bulldogs. He led the team to bowl games in each of his two seasons in charge with a 14-12 record and won both Egg Bowls he coached in, but that wasn’t enough.

While Moore’s celebration didn’t cost him his job, it all still circles back to the ending of that Egg Bowl as to when this entire reaction among Mississippi coaches started.

This set off an entire chain of events in the state of Mississippi where millions of dollars and people’s lives were changed forever. Make it the state flag. pic.twitter.com/TXq0zJ5gRU

Things really went sour for Moorhead ahead of the Music City Bowl when State’s quarterback Garrett Shrader broke his orbital bone in a fight with one of his own teammates. The higher-ups at Mississippi State didn’t quite like the lack of control he had over the program. Things were not trending in the right direction for State under Moorhead, to put it lightly.

When it comes down to it, both Moorhead and Luke didn’t ever feel like ‘the guy’ for either program and both schools were going to cut ties with their head coaches sooner rather than later.

Most fans of both of these teams are happy to see Luke and Moorhead gone, but who knew all that needed to happen speed up the process was a player raising his leg in the back of an endzone?