Enes Kanter Claims The Blazers Gave Him 6 Minutes To Make A Decision About His Future, Damian Lillard Calls B.S. 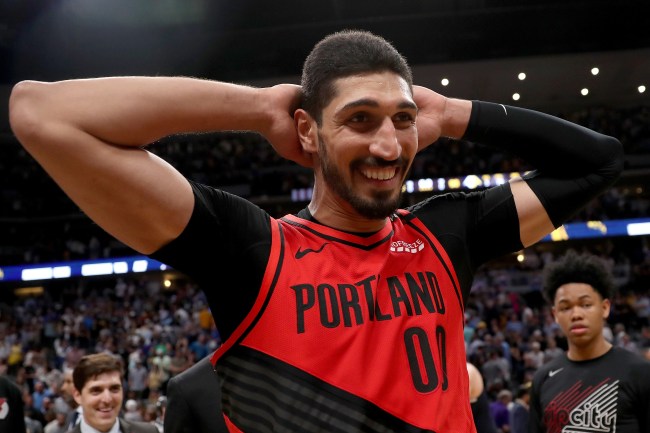 After Aron Baynes was traded to the Suns and Al Horford agreed to a four-year, $109 million deal with the Celtics’ Eastern Conference rivals, Boston made quick work in re-stocking its front court by acquiring Enes Kanter from the Trail Blazers.

The 6-foot-11-inch, 250-pound center agreed to a two-year, $10 million deal with Boston after averaging a solid 13.7 points and 9.8 rebounds while splitting last season between the Knicks and the Blazers.

After the Turkish center signed with the Boston Celtics, ESPN’s Marc Spears revealed a text exchange he had with Kanter in which he claims the Blazers organization gave him 360 seconds to decide if he’s going to pack up and move 3,000 miles.

New Celtics center Enes Kanter via text to @TheUndefeated on why he didn’t return to Portland. pic.twitter.com/kznF6CUmbU

The Blazers were pushy in their dealings with Kanter because they wanted to make a move on the Heat’s Hassan Whiteside if Kanter decided to bolt. Whiteside agreed to sign with Portland moments later.

Sometimes there’s a chance you lose out on two ppl because you’re waiting on one. What I can confirm is that my boy was not given 6 mins lol… he was prob down to 6 mins from the original 45 https://t.co/vDn4cfxVHg

Kanter has always had a flare for the dramatic. He has been very vocal about his criticisms of the Turkish government and “terrorist” president Recep Tayyip Erdogan. When Kanter was on the Knicks last season, he skipped the trip to London to play the Wizards for safety reasons. He did the same when for the Blazers trip to Toronto in February.

Not sure the Boston fans will be as forgiving of Kanter’s personal concerns.