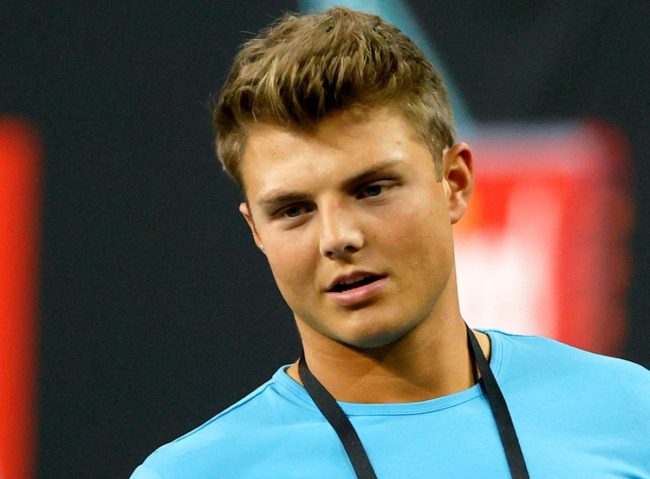 Zach Wilson made headlines this week, not for throwing touchdowns on the football field, but for allegedly scoring with an older woman. That woman in question is said to be one of his mom’s best friends, making the story that much juicier.

The accusation comes from Wilson’s ex-girlfriend, who’s now dating his ex-best friend Dax Milne. The two were teammates on the field at BYU, but seem to no longer have contact, at least on social media.

Wilson’s ex, Abbey Gile, was seen in an Instagram post with Milne earlier this week. When she was shamed for “homie hopping” from Wilson to his former teammate, she replied with an all-time rebuttal.

She claimed that Wilson was the one being unfaithful, saying that he was “sleeping with his mom’s best friend.” Boom! Who’s the homie hopper, now?

While the accusation is one that seems to have caused a split between Wilson and Gile, it’s also led to an outrageous response on social media.

Memes and graphics have circulated Twitter with posts of Wilson “having that dawg in him” going viral. His tie to Cougars is now noted in more areas than one.

And apparently, there have been some opportunities to arise from Wilson’s newfound reputation, too.

An adult website is tossing up a Hail Mary, offering Zach Wilson the opportunity to become a recruiter. The salacious site is hoping he’ll scope out moms on Instagram in order to bring them in as new additions for the company.

Adult entertainment company CamSoda has offered Jets #QB Zach Wilson $69,000 to become a "Recruiter" for their company in the wake of Wilson allegedly having a relationship with his mom's best friend. Things ya don't see every day, folks.

This email looked similar to others to PFWA members.

The steamy new job offer is aptly compensated at $69K per addition.

There’s been no news on whether Wilson is actually considering the position, but it’s likely one that wouldn’t sit well with the Church of Latter-Day Saints.

For now, Wilson will probably focus on his play on the field for the upcoming NFL season. But he can always keep this in his back pocket should things go south.