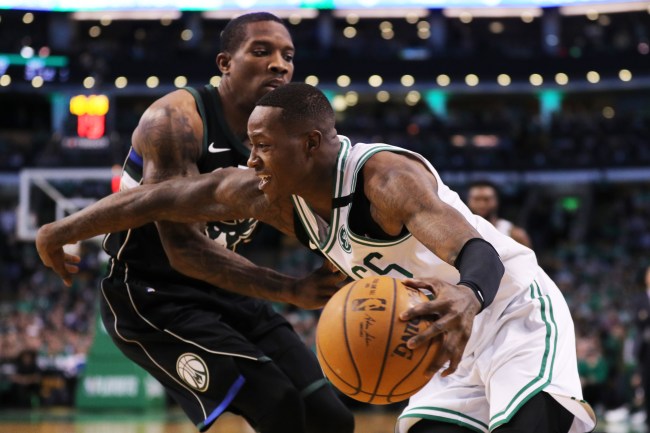 Eric Bledsoe not knowing who Terry Rozier is may be the main reason why the Celtics are up 2-0 on the Bucks right now. Following Game 2, the veteran Bucks guard was asked if he takes the matchup with Terry Rozier personally, implying possible bad blood from where they went to college (Bledsoe: Kentucky, Rozier: Louisville).

Bledsoe’s response: “Who? I don’t know who the fuck that is.” The prototypical triggered response.

When told of Bledsoe’s comments by ESPN’s Jeff Goodman, Rozier said “I’m not feeding into that.” Prototypical non-triggered response.

The 24-year-old Rozier has played extremely well in the playoffs thus far–dropping 23 points in each of his first two games and not committing a single turnover in that span despite leading the NBA in postseason touches per game. According to ESPN, Rozier is 7-of 12 in this series when guarded by Bledsoe. Bledsoe is 4-of-13 when guarded by Rozier. Bledsoe 9-for-25 on 21 combined points in the series and has six turnovers.

It should be noted that Bledsoe’s pettiness is likely tied to Rozier’s comments after Game 1, in which he mistakenly called Bledsoe, “Drew,” as in the former New England Patriots quarterback.

After Game 2, Bledsoe said he "don't even know who the f— [Terry Rozier] is." 😬 pic.twitter.com/RPVVnIajgm