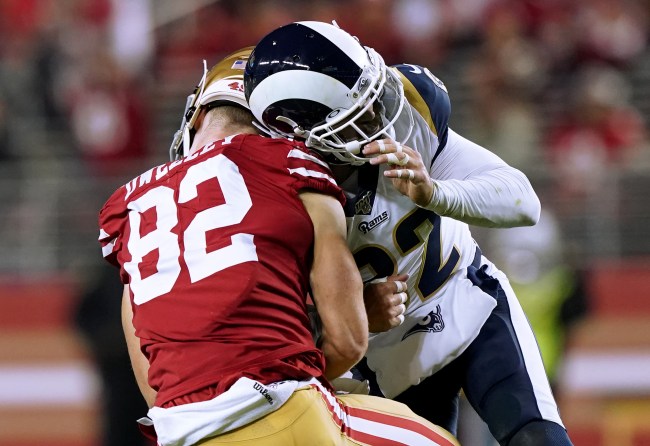 The topic of NFL players coming out of retirement to help teams in playoff contention has become oddly common recently. There were talks of the Saints trying to sign Drew Brees and Phillip Rivers. Then the Colts reportedly called Rivers. Terrell Owens offered his services to the Buccaneers.

None of those came to fruition, but it would appear the LA Rams were inspired by the idea. Today, they signed former All-Pro Safety Eric Weddle 2 years after he last took an NFL snap.

The Rams have re-signed 2x All-Pro safety Eric Weddle, according to his agent @davidcanter. pic.twitter.com/PdxEOcZ7WA

The move was necessitated by a season ending injury to Jordan Fuller and shocked the NFL world.

Eric Weddle has already put together quite an accomplished NFL career. Over the course of his career, Weddle has been named to 6 Pro Bowls, 2 All-Pro first teams, 3 All-Pro second teams, and the NFL 2010s All-Decade Team.

In his last season before retirement, Weddle was second on the LA Rams with 108 tackles. Now he’ll rejoin the team to bolster a defense that was already stout against the run throughout the season. The Rams have allowed the 6th least total rushing yards in the league this season.

That defense will need to stay strong as the Rams prepare for the NFL playoffs. Eric Weddle will be thrown to the wolves right off the bat with a matchup against Kyler Murray and the Cardinals on Monday night. It won’t get any easier from there with the QB talent at the top of the NFC.

It will be interesting to see what Eric Weddle has to offer after a full two years away from the game.