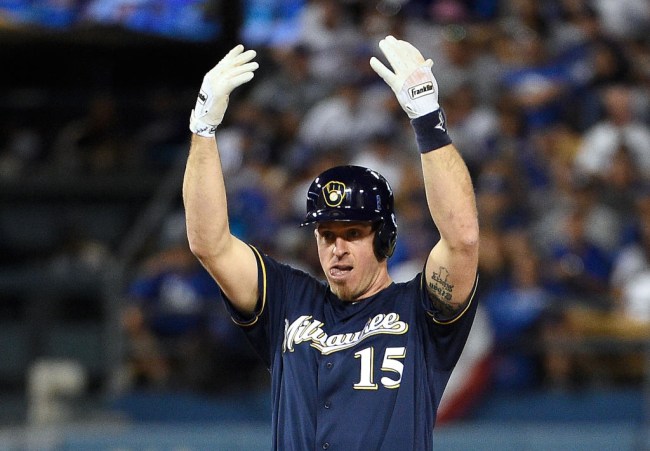 Erik Kratz and the Brewers are on the brink of elimination as they await tonight’s crucial Game 6 of the National League Championship Series at Miller Park. This may be the 38-year-old’s last chance to secure a World Series title that has eluded him his eight-year career.

As the Brewers catcher is awaiting the biggest game of his life, ESPN’s Buster Olney shared a funny story about Kratz’s short-lived stint on the Houston Astros in 2016. The MLB journeyman, who has played for eight different Major League clubs in his career, wasn’t in Houston for longer than a cup of coffee but made his amicable presence felt in the clubhouse, as he’s been known to do.

During Opening Day introductions in 2016, an Astros player offered $1,000 to anyone who would intentionally take a dive when their name was called to take the field, the first glimpse a packed Minute Maid Park would get of the 2016 roster. Kratz did not disappoint.

Heard a classic story about the highly respected and greatly appreciated Erik Kratz today: When the Astros went through Opening Day intros in 2016, an Astro offered $1,000 to anybody who would do a face plant. Kratz: I'll do it. And this is what followed: pic.twitter.com/jDzct3iMWj

This dude deserves a spot in Cooperstown.