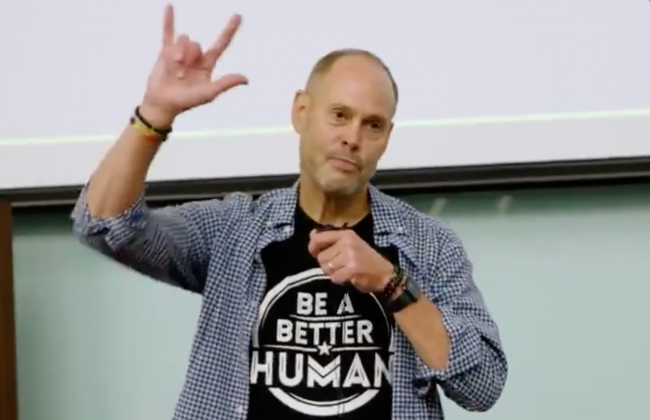 It’s hard to conceptualize the morality needed to willingly adopt not one, not two, not three, but four children after going through the beautiful agony of raising two biological ones.

After a pair, most fathers spend their free time drinking nips in their local high school’s parking lot.

In a time when the projection of goodness is more valuable than goodness itself, Ernie Johnson is a necessary reminder that walking the walk is cool too.

Philanthropy aside, the Inside the NBA host is raising six kids in Georgia with his wife Cheryl—a disabled son Michael who was adopted from Romania after being abandoned in a park, daughter Carmen adopted from Paraguay, and daughters Ashley and Allison adopted domestically through foster care.

After being invited by Nick Saban to speak to his Alabama football team, the 64-year-old covered a variety of applicable topics:

“How am I going to make somebody else’s life better today?”

This talk from Ernie Johnson will inspire you today ❤️