Remember That ESPN Journalist Who Was Fired For That Racist Jeremy Lin Headline In 2012? Well, He’s A Priest Now 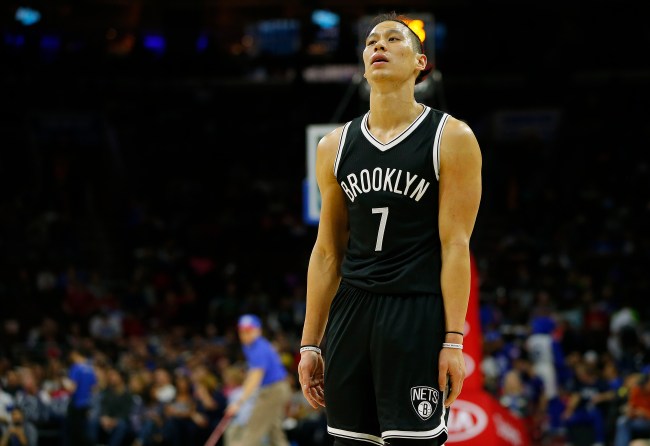 Back in 2012, Jeremy Lin and Linsanity was the biggest story in basketball. After being called up from the D-League and expected to fight for a backup spot at best, Lin asked a chaplain at a pregame prayer service to pray that he didn’t get cut. But after being thrust into the lineup of an 8-15 Knicks team, Lin became a folk hero after single-handedly winning the next seven games, becoming the first player in NBA history to score at least 20 points and have seven assists in each of his first five starts.

Linsanity was born, snatching up headlines from every publication in America–including ESPN…

That's up there with the ESPN "Chink In The Armor" headline about Jeremy Lin. pic.twitter.com/I45lBrXK3o

This tone-deaf headline lost ESPN journalist Anthony Federico his job and worse, made him public enemy number one for weeks to come.

Federico said that after being brutalized on social media from all corners of the earth, the then 28-year-old “went to the bathroom and vomited.” Just hours later, he was fired from his dream job. “Everyone thinking of me as a bad person, an evil person — it was the worst 30 days of my life,” Federico told the Washington Post.

From then on, Federico was ostracized from sports media, struggling to find his calling after such a damaging incident. When everyone else was distancing themselves from him, there was one man who stuck around.

Five years after the headline heard round the world, Federico is on the verge of becoming a Catholic priest. He enrolled in Theological College, the seminary at Catholic University in Northeast Washington, and has worked in numerous parishes helping people through difficult times. The Washington Post reports that Federico has worked with “young students to hospice patients, from new parents preparing for a baptism to couples celebrating their weddings to families burying a loved one.”

“To think I could be in a place now where I’m genuinely happy with my life and excited about serving the people of God — if you told me that then, I wouldn’t have believed it. I think the thing that Jesus does best is second chances,” Federico said.

Following his colossal slip up at ESPN, Federico revealed that he had lunch with Lin to apologize for his inadvertently racist pun.

“We talked more about matters of faith [and] reconciliation. We talked about our shared Christian values and what we’re both trying do with this situation. … We didn’t talk about the headline for more than three minutes,” Federico said at the time.

Who would have thought that something that cost him his job and endless ridicule could have been a blessing in disguise?

“Looking back, I think God allowed this to happen to me to put me on a path to being a priest, a path that I was avoiding,” Federico said.

Well, I’ll be damned. Good for him.