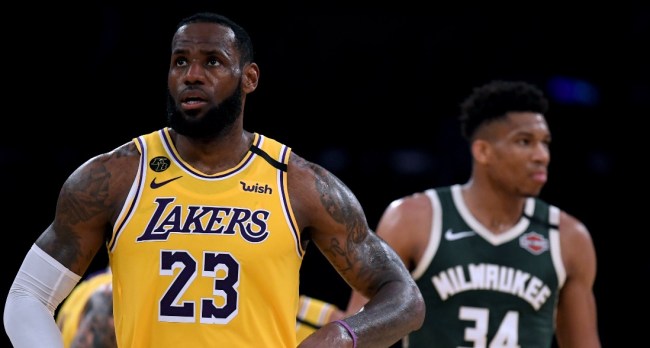 NBA fans are once again accusing ESPN of having a bias for LeBron James.

During Tuesday afternoon’s edition of “The Jump”, ESPN’s Ramona Shelburne stated that she was voting LeBron James for MVP, not for his stats but because she’s a “narrative-based voter” and she believes LeBron should win because he was able to navigate through the entire Lakers’ trade fiasco last season.

See it’s stuff like this that got the NBA ratings low pic.twitter.com/8zavqSO8EG

Shelburne wasn’t the only ESPN reporter to consider voting for LeBron for MVP based solely on narratives. Earlier in the season, Dave McMenamin said LeBron was the MVP because he had to deal with China controversy and Kobe Bryant’s death.

Respectfully, she should lose her vote next year. https://t.co/Ithc0Ttgox

Narrative based voting. Nice. So MVP awards aren’t rewarded to the most valuable player. https://t.co/xE2nYB0wYn

"I tend to be more of a narrative based voter" is a wild thing to admit to when you have an actual tangible vote. https://t.co/qLD4D4UfbQ

this is legitimately the worst reasoning i’ve ever heard https://t.co/dazcKlMTl0

MVP isn’t even about best player. It’s about who has the best narrative/story. Just terrible all around. https://t.co/XbzqN0nzlV

Admitting that you’re voting LeBron for MVP based on “narratives” and not stats should get your voting privileges revoked https://t.co/VXvgCCPapq