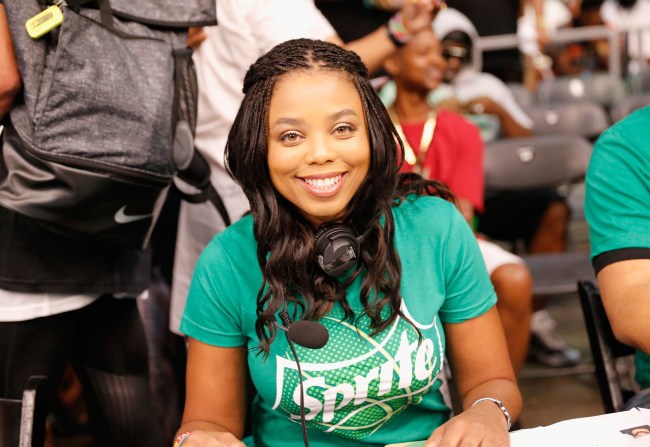 After causing an uproar last month for calling President Trump a “white supremacist” on Twitter, Hill has been suspended by her employer for two weeks starting Monday after suggesting a boycott of advertisers aligned with the Dallas Cowboys. The SC6 host’s plea comes in the wake of Cowboys’ owner Jerry Jones telling players they would be benched if they didn’t stand up during the national anthem.

“Change happens when advertisers are impacted,” Hill wrote in a tweet to her 760,000+ followers. “If you strongly reject what Jerry Jones said, the key is his advertisers.” Hill then tweeted out a list of Cowboys advertisers, including monsters like Bank of America, Ford Motors, MillerCoors and Pepsi.

This play always work. Change happens when advertisers are impacted. If you feel strongly about JJ's statement, boycott his advertisers. https://t.co/LFXJ9YQe74

ESPN issued the below statement following the news break:

Sounds like Hill is on thin ice with the Worldwide Leader.