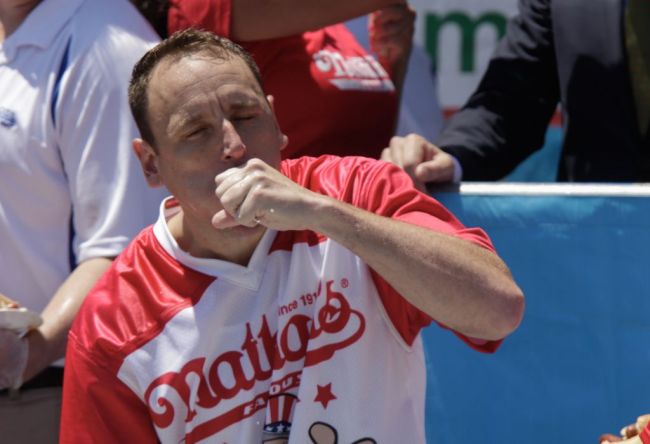 Joey Chestnut broke his own record today but unfortunately, viewers at home weren’t able to see much of it.

In the middle of Sunday’s Nathan’s Famous 4th of July hot dog eating contest, ESPN suffered technical difficulties that forced them to abruptly cut to commercials.

The broadcast returned but ESPN was forced to cut away again after losing the signal that kept cutting in and out.

Viewers were unable to see Chestnut eat his 76th hot dog, which broke his previous record of 75, due to a poor signal.

ESPN's production quality today are on par with my Zoom meetings. pic.twitter.com/BAeya0WxSv

Viewers were angry with ESPN for making them miss Chestnut’s record setting performance on the 4th of July.

@espn you blew it the excitement of watching Nathans Hot Dog Eating Contest. You had one job.. A non glitchy telecast

ESPN how can you mess up your live stream during the hot dog eating contest?!?! This is truly unamerican pic.twitter.com/IJ2eAX2uvg

ESPN ruined the hot dog eating contest this year for sure

@espn way to mess up the hot dog eating contest. How does that happen? pic.twitter.com/0ZMWz3BERr