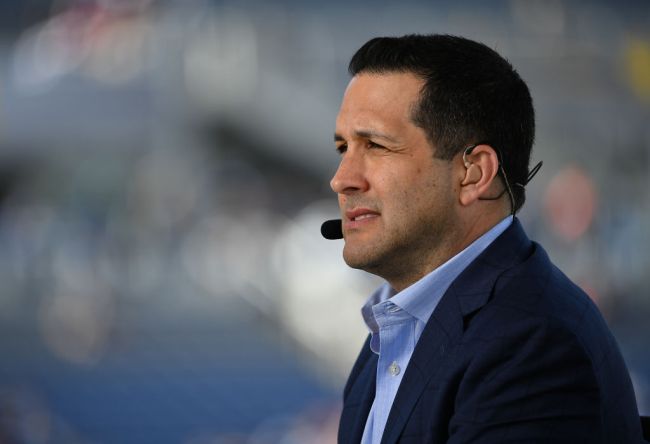 It seems like the WFT email scandal is going to be a problem for a lot of people.

Earlier this week Jon Gruden resigned after his emails with former WFT exec Bruce Allen showed he had made racist, homophobic, and misogynistic remarks leaked on the Internet.

On Tuesday night, the LA Times revealed that the emails obtained by the NY Times and Wall Street Journal that led to Gruden’s dismissal were included in a June court filing by WFT owner Dan Snyder.

Several inflammatory emails by Jon Gruden were filed as exhibits in federal court by attorneys for Washington Football Team owner Daniel Snyder in mid-June, almost four months before they were leaked to two newspapers and led to Gruden’s resignation as coach of the Las Vegas Raiders.

The heavily redacted emails between Gruden and then-Redskins president Bruce Allen filed in U.S. District Court in Arizona include offensive language, chummy conversations with journalists — including an ESPN journalist referring to Allen as “Mr. Editor” while seeking feedback on an unpublished story he sent to Allen to review — and a barrage of complaints about the state of the NFL.

The emails are identical to some of those reported this week by the New York Times. That story detailed homophobic and misogynistic comments by Gruden in emails with Allen. A day earlier the Wall Street Journal reported Gruden used a racist trope in another email exchange.

The emails were filed as part of an effort by Snyder’s legal team to compel Allen to produce discovery in connection with a defamation lawsuit Snyder is pursuing in India against a media company called MEAWW for stories it published in July 2020.

Uncovered in the court filing was an email from NFL Insider Adam Schefter to Allen which shows the NFL reporter asking the former WFT president if he wanted an unpublished story on the NFL’s CBA negotiations with the NFLPA to be “tweaked” to his liking.

. @AdamSchefter sent Bruce Allen an unpublished draft of a story and called him “Mr. Editor” according to court filings the LA Times uncovered. https://t.co/3hxtarO9hd pic.twitter.com/l4Z9y9Jqeh

ESPN immediately provided a statement on Schefter’s email with Allen.

ESPN released the following statement in response to the correspondence: “Without sharing all the specifics of the reporter’s process for a story from 10 years ago during the NFL lockout, we believe that nothing is more important to Adam and ESPN than providing fans the most accurate, fair and complete story.”

Schefter was immediately criticized by other journalists for his correspondence with Allen.

For those who don’t know, doing something like this is a cardinal sin of journalism — indefensible in any circumstance. An outlet that allows actions like this to occur can’t claim it possesses any semblance of integrity. https://t.co/tT8inYalfr

Schefter allowing NFL team GMs to edit his own reporting on CBA negotiations with the NFLPA is really, really bad. https://t.co/fpsX8PfPQ6

This is a huge breach of journalistic ethics and Adam Schefter should absolutely be investigated and/or fired. https://t.co/iBop3PAoB6

Not ideal from a journalistic standpoint https://t.co/RLe41KnmxX

Something like this would get 99.99% of journalists fired or put on probation, but I have a funny feeling ESPN won’t take that action for their star “reporter.” https://t.co/TOR13N8gmr

this means that adam schefter allowed the GM of the washington football team at the time to audit his stories, which implies that he had veto power for stories that were unfavorable for the WFT/specific people.