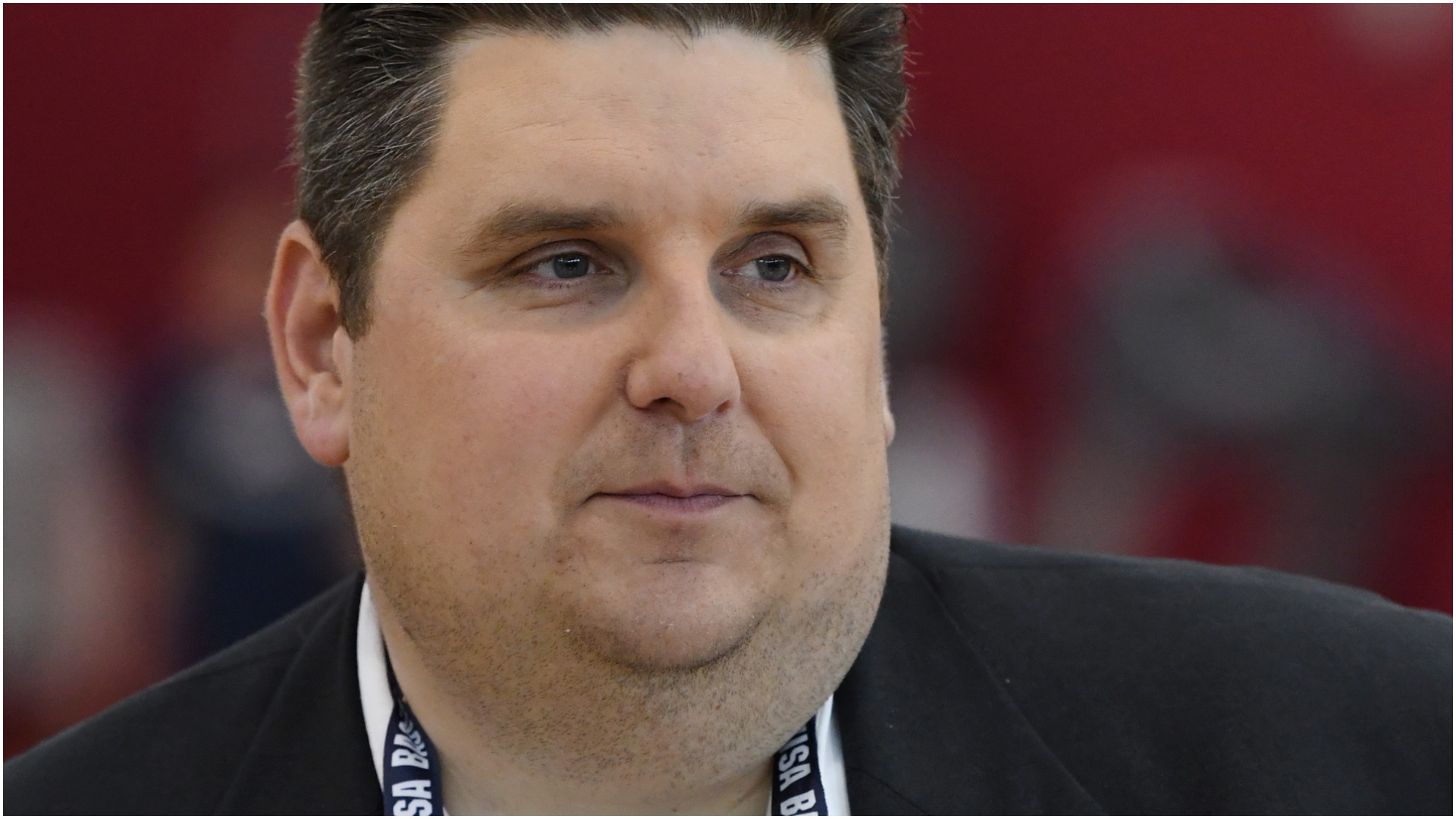 On Monday night, Andrew Wiggins scored 26 points to help the Warriors grab a 3-2 series lead in the NBA Finals.

During ESPN’s postgame show, Windhorst bizarrely stated that Wiggins’ wasn’t an underdog because he made $32 million this season as he went on to call the Warriors’ win a “checkbook win” because of how much money they spent this season in salary.

“They have a $340 million payroll, you just don’t have to beat the Warriors on the court, you gotta beat their checkbook…this was a checkbook win for the Warriors” pic.twitter.com/3OzI3Jc0pX

” Andrew Wiggins, he’s not an underdog. He makes $32 million… while the Warriors were down these last couple of years, winning no games, they kept spending money because they’ve got it.

They have a $340 Million Payroll when you consider taxes. You don’t just have to beat the Warriors on the court. You got to beat their checkbook and nothing away from Andrew Wiggins tonight, but this is a checkbook win for the Warriors.”

Fans blasted Windhorst on social media over his postgame commentary.

This is so nasty. What a clown.

Owners spending $$$ to win… every team should want that. https://t.co/JQW9VLLg20

Now's a good time to remind everyone that there is literally no rule preventing NBA teams from spending exorbitantly on their own players.

The Celtics made a trade in Feb to try to avoid the luxury tax. https://t.co/id6YEgf0JS

Why they bring the stupid outta everyone? 😂 https://t.co/7ksxJX4YmE

There isn't another sport that covers itself so terribly. Just embarassing.

"Not taking anything away from Andrew Wiggins who had the game of his life, but this is a checkbook win

David Stern in the netherrealm pulling his hair out https://t.co/IzZxEpQwW6

i don't do a lot of nba posts but brooklyn's payroll is 2% smaller than GSW and they got swept by this same team in the first round so wtf is this take lmaoooooo?? https://t.co/g6qrCMV2xv

Owners who spend should be celebrated. Owners who don't should be mocked. It's really that simple. https://t.co/5HaQH0eI3p

If there’s any crying on television about ownership spending on a contender it should be when owners don’t spend every dime possible to maximize the chances of winning, not this. https://t.co/Z5ggQ4VV6h