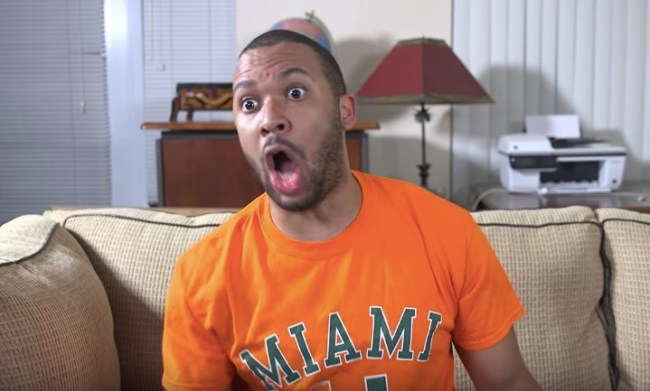 We have a complete week of College Football in the books with Week 2 beginning in earnest tomorrow night when TCU takes on rival SMU.

There were some major college football highlights and lowlights throughout Week 1. Many of you know that I’m a graduate of Florida State and a Seminoles fan.

I looked forward to our game on Monday night because I was driving from upstate New York to South Florida on Saturday and Sunday and missed most of the games because of my road trip, it worked out perfectly that my team was going to play on Monday night, on the big stage.

Then the ‘Noles showed up and god absolutely shellacked by Virginia Tech in Tallahassee. Or rather, they didn’t show up at all. Fans like myself were left wondering just what in the hell our new head coach Willie Taggart was doing in practice all Summer.

For a lot of college football fans, watching FSU get embarrassed on Monday night was actually probably a highlight of Labor Day Weekend. For me, watching Miami get beat up by LSU was the biggest highlight which was followed by FSU’s national embarrassment so I definitely deserved the VT ass whooping after reveling in Miami’s demise.

READ NEXT: The UCF Knights Are Now Officially* National Champions According To The NCAA Record Books

The man below, Scooter Magruder, went to the Universty of Florida and is a diehard Gators fan. I won’t hold that against him here because he stays true to the impressions. He goes through and nails impressions of every team’s fans after week 1 in a way that only Scooter Magruder can pull off.

I have to admit that it’s pretty damn weird to see UCF/Central Florida getting coverage online still after their disputed National Championship last season. I don’t think I’m alone in thinking that they were a one-hit wonder and would go back to being a non-powerhouse but it’ll certainly be intriguing to see where they wind up in the discussion at the end of the 2018-2019 season because they looked pretty damn good last weekend.

WATCH: Stephen A. Smith Was Shockingly Self-Aware In A Heartfelt Pep Talk To The Syracuse Football Team

He’s also working with Twitter and Adidas as the announcer of their ‘Friday Night Stripes‘ series which is streaming high school football games on Twitter this season.