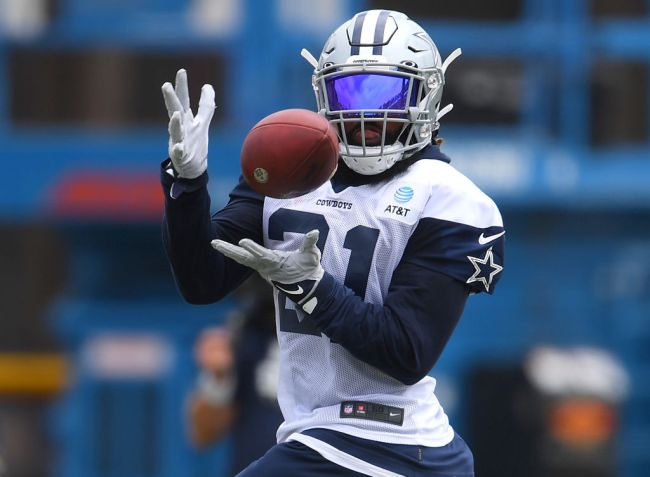 It’s not often that an NFL franchise’s starting running back also returns punts. That will certainly not be the case in Dallas because Ezekiel Elliott is not very good at the role.

The new season of HBO’s ‘Hard Knocks’ premiered on Tuesday night and features the Cowboys as they go through training camp and the preseason. There are quite a few important storylines to watch with Jerry Jones’ team this fall, from Dak Prescott’s return to CeeDee Lamb’s breakout season to whether the defense can bounce back from a down year.

During team drills earlier in camp, Elliott decided to give fielding punts a shot. He says that he had to catch punts during one game at Ohio State and muffed the first punt before fair catching the rest.

His inexperience showed as he tried to pull them in at camp but it made for a very funny moment. Zeke got there eventually.

As the first punt went his way, Elliott had no idea where it was going. His first step was left but he cut back to the right and then had to reach back in panic to try and pull it in.

He was unsuccessful and his teammates chirped him the whole time. After taking some more advice from Lamb, Elliott was able to field his next attempt. It wasn’t pretty, but it was a success.