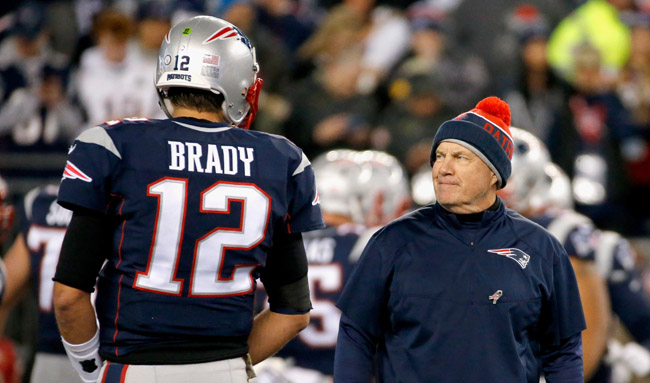 Odds are, depending on your football allegiance, an eight-minute PowerPoint-esque video made by a stranger isn’t going to change your mind. New England detractors are going credit the team’s success to the numerous allegations brought against them in the better part of two decades. Patriots fans will find holes in every and all the allegations, and we will all go along hating each other.

But, for those on the fence, I encourage you to watch this video an unbiased Arizona Cardinals fan put together to demonstrate how the Patriots are free of guilty–from SpyGate to DeflateGate to RefGate.

If you’re incapable of watching the video at the moment, I’ve highlighted the points made in it below:

The 2006 Anderson Memo: prohibiting in-game videotaping of any type on sidelines, in the coaches’ booth, etc.

November 12, 2006: The Jets got caught by Gillette Stadium filming Patriots plays and defensive signals from both end zones. And the cameraman was booted out.

the Jets were never punished for this, even though it is identical to the videotaping infraction the Patriots were punished for a year later.

Patriots punishment for filming from the wrong location: $750,000 fine and a draft pick.

Note: videotaping has been, and still is legal. The problem is, where you film from. Essentially, everyone was doing what the Patriots did, they were just the team who the league made an example of.

3 out of 4 Colts footballs from the AFC Championship game were under the required PSI level.

After initial reports of 11 of 12 Patriots footballs being deflated under the required PSI level (Chris Mortenson would later delete the tweet claiming this, 195 days later).

He an Ian Rappaport then reported on Super Bowl morning that just 1 of 11 footballs had been under inflated. The rest had either been properly inflated or just a “few ticks under.” The one under inflated was intercepted by the Colts and taken to the Colts sideline.

To date there is no evidence of any non-weather manipulation.

In 2006, David Carr, then Texans QB, admitted to instructing ball boys to remove air from game balls before a game at Denver.

December 4, 2016: Giants corner Eli Apple discovers two balls he intercepted off Ben Roethlisberger feel off. The two balls tested were under the PSI limit. No independent investigation. No fine. No docked draft pick.

The Tuck Rule: It was added to the rule book in 1999, before the Dynasty began. The Patriots actually were the first to fall victim to the rule in a game against the Jets in 2001.

His closing: Want to be mad? Hate the rules. Not the team with the greatest understanding of the rules. Get Good.

Full Disclosure: I’m a Patriots fan and may or may not have masturbated to this video.