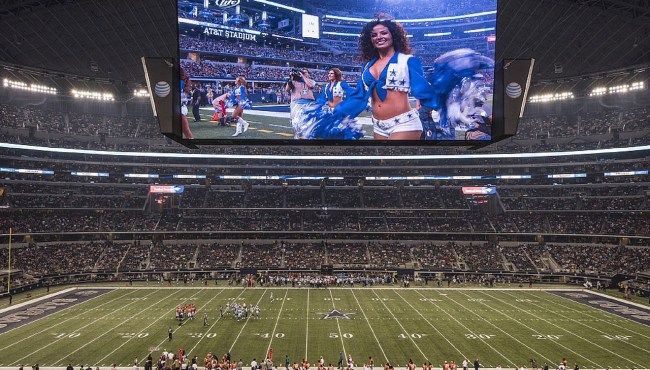 A fed-up fan has started a Change.org petition to get quarterback Dak Prescott and head coach Jason Garrett kicked off the Dallas Cowboys. And he’s almost reached his goal.

Apparently being the “most cost-effective” quarterback in the NFL is no longer good enough after the Cowboys’ slow 1-2 start to the 2018 NFL season.

Over the course of 3 games in the 2018 season, Dak Prescott is averaging 166 yards, .66 touchdowns a game and a qb rating of 38.5. Those statistics are below average for any quarterback at the professional level.

Jason Garrett has run out of reasons to be the Dallas Cowboys head coach with a shoddy overall record of 67–54 (.554) and 1-2 in the post season. He is a walking, talking, participant trophy. I’ve seen pee wee coaches with more fire and fight than him.

These two are ruining the Cowboys franchise one game at a time. I’m asking fans to sign this petition in order to save the Dallas Cowboys name and embarrassment in the 2018 season. We have seen enough mediocre football. It’s time to admit we were wrong for giving the keys to the Cadillac to a student driver.

I hate the Cowboys, but even I have to admit he has a point.

Check out these stats from Dallas SportsDay…

He has eight touchdown passes and 11 interceptions in those 11 games and the Cowboys have gone 5-6.

And here might be the most damning evidence. According to ESPN, Prescott passing for less than 200 yards in each of the last five games is the longest such streak by a Cowboys quarterback since Quincy Carter in 2003. Anyone out there remember Quincy Carter?

Dak Prescott has played 36 games in his NFL career.

He went from HOFer to replacment level.

As for head coach Jason Garrett…

Seems as if Dak is taking steps back. There's never been much player development under Garrett's leadership.

In the mean time, choke on this Cowboys fans…

#Cowboys Stephen Jones says Dak Prescott has all the tools to be a star quarterback in the NFL. Says Prescott just needs to be put in the "right situations."