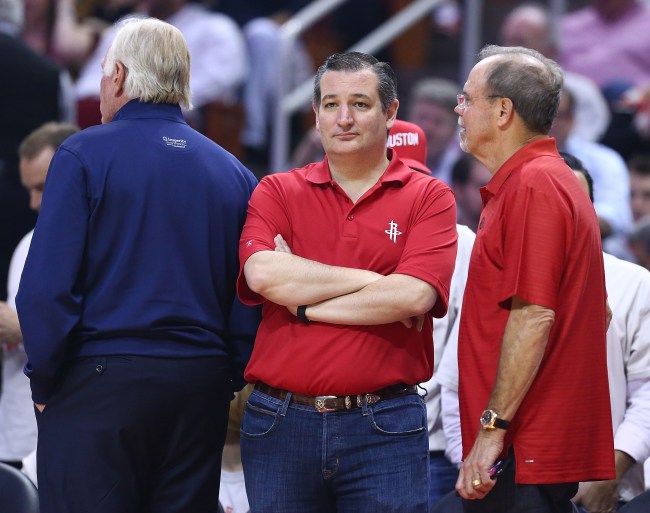 Senator Ted Cruz evidently didn’t learn anything when he posted in support of the Houston Rockets during Game 7 of the Western Conference Finals last season and the Rockets went on to miss 27 3-pointers and set an all-time record for bricked triples.

Cruz, a Texas man who may be the only person in history to call a basketball hoop a “basketball ring,” was present at Monday night’s NCAA National Championship thriller in a luxury suite at U.S. Bank Stadium in Minneapolis. Cruz of course was in support of the Texas Tech Red Raiders and continued to prove he knows less than zero about sports or sports etiquette when he sent out a tweet with 35 seconds left and the Red Raiders up one.

(I laughed out loud at ‘#1 Defense.’ That’s something my girlfriend would write if she was forced to make a sports tweet and she thinks basketball games are played in three periods.)

Virginia ultimately fought back to win in overtime, 85-77, and Ted Cruz teed himself up to be the scapegoat.

this is why they lost https://t.co/WNIa0IEDJ1

in which United States Senator Ted Cruz of Texas, presumable owner of a smartphone that can take & hold almost infinity pictures, posts this one on purpose pic.twitter.com/VFaEIZjIxA

Ted Cruz is the kiss of death. https://t.co/iIarQvJMFW

The second most graphic material this account has ever tweeted

The below tweet will make sure you never forget.

If you’re wondering if the Senator his his head in shame after the preemptive tweet, he decided to lean in instead.

A heartbreaking loss, but an AMAZING game. Congrats to @TexasTechMBB for a history-making season. Overtime in the National Championship — all of Texas is proud of you. #GunsUp pic.twitter.com/QwRbbd7lMz