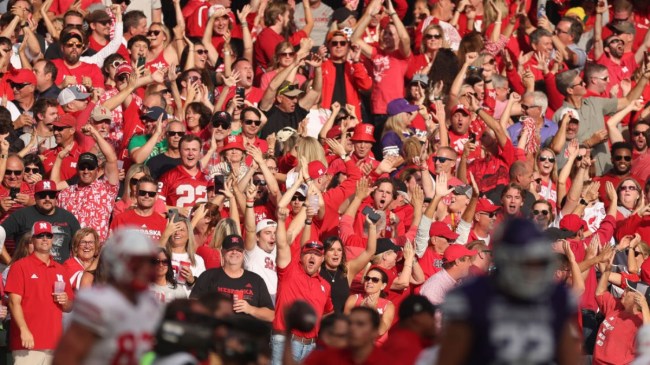 There can’t be very many things more exciting for a fan at a live event than the words “free beer”. With how difficult it is to even find a beer for less than $12 these days, getting free beer has to be about as rare as seeing a unicorn.

Fans at today’s game between Nebraska and Northwestern saw a unicorn.

Dublin, Ireland’s Aviva Stadium is playing host to the first Big 10 matchup of the year and a problem with the internet has provided fans with a once in a lifetime opportunity.

According to reports from the game, the stadium decided to give fans free beer following an internet outage.

The internet is down at the Aviva Stadium in Dublin, so beer is now free.

Not only are fans living the dream with free beer at the game, but they have also been treated to a very entertaining matchup.

Nebraska jumped out to a 14-3 lead to start the game behind an impressive performance from quarterback Casey Thompson. He threw for one touchdown and ran another one in within the first 18 minutes of the game and has already thrown for 228 yards at the half.

However, Northwestern battled back in the second quarter. They scored 14 unanswered points to close out the half and head into the half with a 17-14 lead and will get the ball to start the second half.

If the beer continues to flow at Aviva Stadium, the place should be absolutely rocking for the second half of this game as Nebraska and Northwestern continue to battle for the Big 10’s first win of the year.