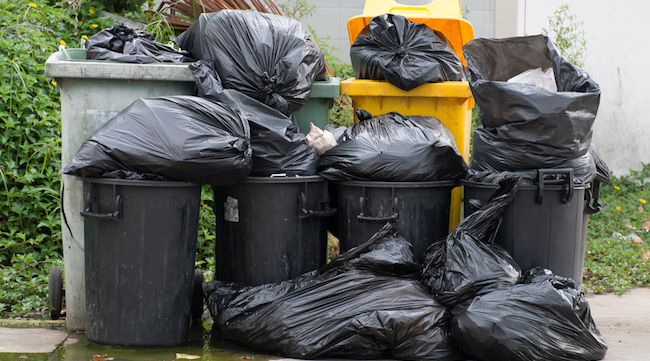 Over the course of this NFL season, Houston Texans linebacker Jadeveon Clowney has proved he is someone who is more than willing to stir the pot. Back in September, he celebrated a pick six against the Patriots by pulling out his very own Gronk Spike, and when tone-deaf team owner Bob McNair referred to some athletes as “inmates,” he showed up to a Halloween party in an orange jumpsuit.

Clowney has established he’s more than happy to dish things out, but if this week is any indication, he might not be as willing to take it. On Sunday, the Texans got their shit kicked by the Jacksonville Jaguars by a score of 45-7 thanks in no small part to a great performance by 326-yard, 3 TD performance by Jags quarterback Blake Bortles, who overcome an atrocious preseason to lead his team to their first playoff appearance in a decade.

After the game, someone thought it would be a good idea to ask Clowney if Bortles had improved since the two players met during Week 1 (Jacksonville also came away with the victory then, but Bortles was held to 125-yards and 1 TD while completing less than half of his passes). While Clowney could have easily reached his hand into the grab bag of generically inoffensive responses that every professional athlete has, he decided to go another route instead and call the QB that had just kicked his ass “trash.”

Bortles brushed off the comments at a press conference on Wednesday, but it appears Jaguars fans are more than willing to hold a grudge. According to ESPN, a Jacksonville-based PR expert named Bonnie Upright sparked a movement when she decided to order a trash can on Amazon and have it shipped to Clowney at NRG Stadium.

I declined the gift wrap option, but did personalize the message. #Jaguars pic.twitter.com/yvh8BDzkbO

The most wonderful time of the year 😌 pic.twitter.com/AuLJgafAqc

sent the broom as well… pic.twitter.com/nc5xYspZ5v

I used battle red to block my card number pic.twitter.com/c7Tv8dBlu9

Hell hath no passive aggressiveness like a Jaguars fan scorned.