The FBI Believes It Might Know Where Jimmy Hoffa Is Buried 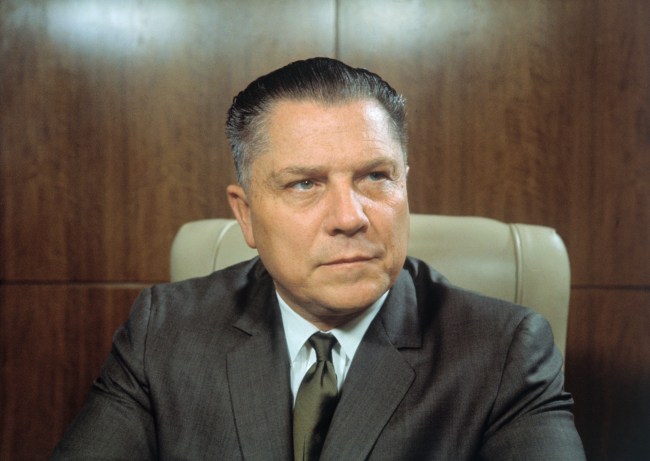 We could soon see a resolution to a 46 year old cold case. Based on comments from the son of a mafia-connected business owner, the FBI believes they may finally know where to find Jimmy Hoffa’s body.

According to Frank Cappola, the son of Jersey City businessman Paul Cappola Sr, the body is buried just outside the property lines of the PJP Landfill. According to Cappola, his father buried him in a metal drum in a 12-foot deep hole and then had more drums stacked on top of him before the hole was filled.

Adding even more intrigue to this latest development is the fact that this location has already been investigated by the Fox Nation show “Riddle: The Search for James R. Hoffa”. On the show, a ground penetrating radar was used to see if any metal could found in the ground at this location.

The search showed evidence of metal objects resembling the barrels Cappola described buried underground at the site in question. On October 25th and 26th, the FBI conducted a site survey of their own, but no other information on the warrant is available as it has been sealed by the court.

This is an interesting new wrinkle to one of America’s most well-know unsolved mysteries. Now we’ll have to wait and see if this new information leads to anything or if this is going to be like when I spent 3 years watching “Hunting Hitler” just to find out that his jaw bone in Russia is definitely real.