Fernando Tatis Jr. Is Being Recruited By A Mexican Professional Baseball Team, He Responds 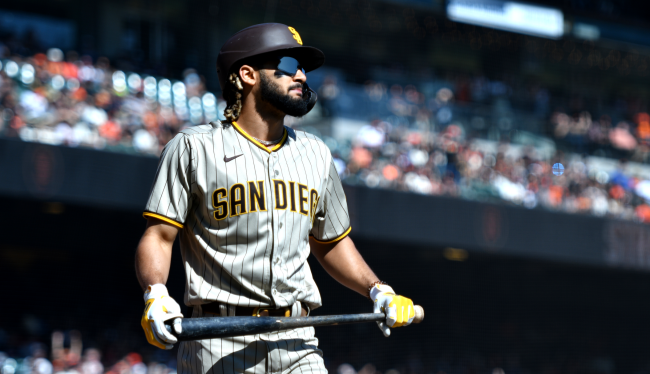 It looks like Bryce Harper may have started something.

On Monday, after Major League Baseball and the Players’ Association reached yet another stalemate, ensuring that regular season games will be canceled, Harper reached out to Japan’s Yomiuri Giants with a tweet showing himself in their uniform.

Later that day, Atlanta Braves pitcher Luke Jackson fired off a tweet to Toros De Tijuana of the Mexican League to see if they were looking for players.

On Tuesday, Toros De Tijuana even fired off a recruitment tweet to one of the game’s biggest stars: Fernando Tatis Jr.

Tatis, who by then knew with certainty that games will be canceled thanks to MLB Commissioner Rob Manfred’s tone-deaf press conference on Tuesday, replied back and appeared to show some interest.

Toros De Tijuana, a team based out of Tijuana, Baja California, is only about 20 miles or so from San Diego so it would be no big deal for Tatis to travel there for games.

Fernando Tatis Jr. and other players are being recruited by foreign baseball leagues

Also, because Major League Baseball’s owners locked out the players, they are legally free to go play for any team they want to right now.

For those wondering, MLB players can play in foreign leagues (KBO, NPB, etc.) during a lockout.

So, theoretically, #BlueJays SP Hyun Jin Ryu could stick with the Hanwha Eagles for the start of their season.

Here’s to hoping that these players and more do decide to go play elsewhere and line the pockets of the owners of these smaller teams who actually appear to appreciate the sport.