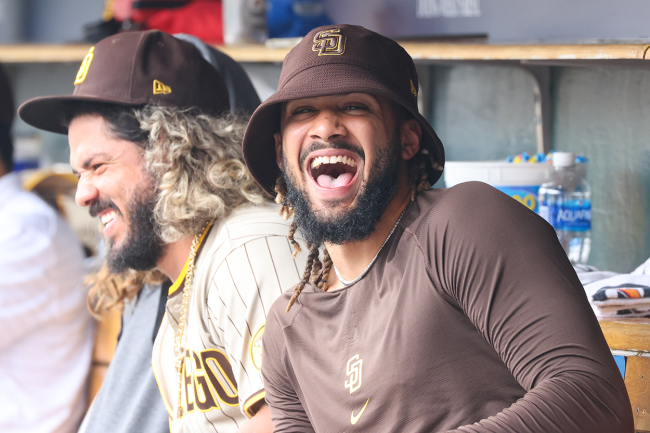 Fernando Tatís Jr. is not overrated. At all.

In fact, the word that should be used to describe the young Padres phenom is the antonym of overrated. Tatís Jr. is a superstar, as a group of minor league baseball fans found out the hard way on Tuesday night.

The 23-year-old shortstop has not played yet this year and is currently rehabbing a broken wrist that was suffered during the offseason. He is nearing an MLB return.

Before Tatís Jr. can get back to The Bigs, he has to work his way up through his minor league rehab assignment. The hope is for him to make his 2022 MLB debut later this month.

In the meantime, Tatís is playing for Double-A San Antonio. He played in his third rehab game of the year on Tuesday and it was his best yet.

Tatís went 2-for-2 with a double, a triple and a pair of walks before being replaced by a pinch-runner in the top of the seventh inning. It was a great showing after going hitless in his first two games on Saturday and Sunday.

During Tuesday’s game, not only did Tatís Jr. rope a triple into the outfield, but he silenced the haters in the process. As he was digging into the box, a group of fans started an ill-advised “overrated” chant that quickly proved moronic as the young superstar got his barrel on the ball and ran 3/4ths of the way around the bases.

Fernando Tatís Jr. is not overrated and he reminded everybody of such on Tuesday. It ended up being an incredibly savage moment.