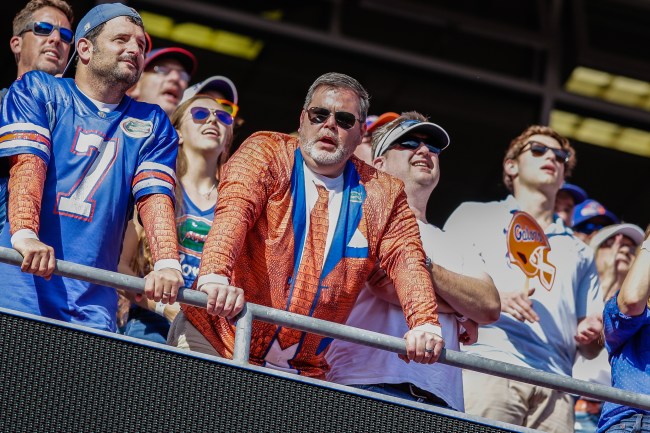 The University of Florida has joined a group of schools that have elected to remove an aspect of itself in an effort to become part of positive change against racism.

UNLV elected to remove it’s well-known Hey Reb statue earlier in the week due to its confederate ties, Virginia removed the curved sword handles from its logo linked to slavery and now Florida has announced that it will discontinue its well-known ‘Gator Bait’ chant from all sporting events due to racist imagery.

The cheer is one seen throughout Florida sporting events that consist of a melody from the band followed by fans chomping their arms and shouting ‘Gator Bait.’

While UF president Kent Fuchs’ announcement stated that the band will no longer perform the chant, he also revealed that he personally doesn’t know any evidence of racism related to the cheer.

“While I know of no evidence of racism associated with our “Gator Bait” cheer at UF sporting events, there is horrific historic racist imagery associated with the phrase. Accordingly University Athletics and the Gator Band will discontinue the use of the cheer.”

The discontinuation of the chant wasn’t the only announcement Fuchs and the university made this week. In a statement titled ‘Another step toward positive change against racism,’ three major areas of focus were outlined.

Among the many changes, the university stated that the 2020-21 academic year “will focus on the Black experience, racism, and inequity” and the school will “require training of all current and new students, faculty and staff on racism, inclusion and bias.”