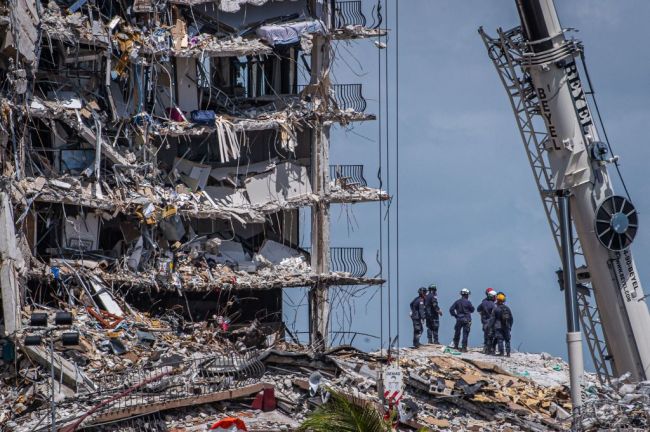 Willis and his sister were actually up late playing video games when they felt the apartment shake. The building collapsed just after 1:00 AM on June 24. Willis explained that he felt three different gusts of wind before debris and dust filled his grandparents’ apartment on the 11th floor.

“It felt like a first gust of wind from a storm,” Willis told the Hartford Courant. “Then the second one felt kind of like (Hurricane) Sandy, the way I remember it. It kind of seemed normal for the moment. Then the third one felt like a jet took off right on top of our building. I was expecting to see a plane come right over our balcony.”

Willis’ father told NBC 4 New York that he looked to his left and half of the apartment was gone while the elevator shaft was there, but there was no elevator. Panic set in shortly after and the family began their escape, which took 15 minutes.

As they made their way down the stairs, the family heard a group of people banging on a jammed fire door on the sixth floor. Willis’ mom was able to pry the door loose to save the family. Three floors down, the family ran into an elderly woman praying by herself. They were able to lead her to safety as well.

The latest reports say that at least 10 people were killed in the collapse while more than 150 others are missing.