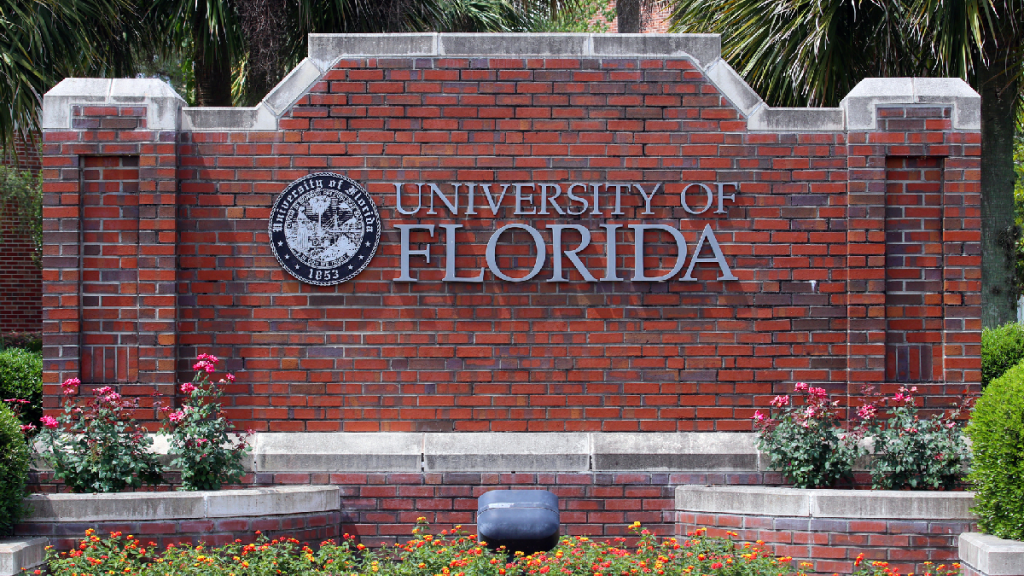 One week after upsetting #14-ranked Utah in The Swamp, the Florida Gators fell to the Kentucky Wildcats in Gainesville. The Gators famously avoid playing ranked out-of-conference opponents due to the strength of their SEC schedule so the 3-point Utah win was massive for their program.

Despite going into halftime with a 3-point lead, the Florida Gators (who were 6-point favorites) failed to score a single point in the second half. And the newly #9 ranked Kentucky Wildcats put up 13 points to cruise past the Gators at Ben Hill Griffin Stadium en route to a 26-16 signature SEC road win.

After the game, one disgruntled Florida Gators fan left an unhinged and profane note on an FSU supporter’s car in Gainesville. Reddit user ‘rockblazer23’ shared a picture of the aggressive note alleged to have been written by a Gators fan.

There’s a Florida fan out there somewhere that *really* didn’t like a license plate. 😬 pic.twitter.com/4RpOKSYt3B

“Be grateful I didn’t slash your tires, key your car, or smash your windows. Did they teach you to spell UF LOL in Tallahassee? Your degree isn’t worth the paper it’s printed on.

UF alumni will always be better than FSU s–theads. Always. You are scared of us. You defer to us.

And your football team couldn’t beat the women’s softball team at Gainesville High.

What losers you are…”

What kind of maniac would write a note like this?

On the one hand, I’m a little skeptical that the unhinged Florida Gators fan’s note is real. It seems like something someone could easily fake for internet points.

But on the other hand, I’m an FSU graduate and spent an inordinate amount of time in Gainesville during college because my girlfriend at the time was a Gator. And people really do and say some stuff after brutal CFB losses, we all take it way too seriously.

So nothing would surprise me less than this being real. I’ve just spent so much time working on the Internet that I’m conditioned into thinking most things are fake…

Did a Florida Gators fan really write this?!

I’m inclined to think this note was written by an ‘ACR’, or Alachua County Resident. It’s a term used to describe the locals of Alachua County where the University of Florida is located, but not the students or faculty.

The Tallahassee equivalent is an ‘LCR’ or Leon County Resident. For the Miami Hurricanes, the equivalent is pretty every born-and-raised person in Miami who roots for the Hurricanes but didn’t go to The U.

These are a special type of unhinged fan. They devote their lives to rooting for something so abstract they actually root harder against their rivals than they root for their team. Any anger over the failure of their program is taken out on their rivals.

If I had to guess, I’d say that whoever wrote this note is either an ACR or related to someone that holds multiple degrees from the University of Florida. Or they took the Santa Fe Community College route into UF and never got comfortable with getting rejected out of high school so they scream the loudest about their school’s perceived superiority instead of accepting there are incredibly intelligent and model students at every school. That would be my guess.

What fans on Twitter are saying about the note:

I’m not the only person who is skeptical about the validity of the note:

Haven't interacted with many Gator fans, have you? Or any fans of southern college football.

Aaaaand we all jsut got roasted:

Imagine being one of the 8 people in Florida that can read/write and this is what you're doing.

I bet they had to look up how to spell some of those words. The stadium couldn't even spell Volunteers correctly when Tennessee came a few years ago.

For what it’s worth, Florida State Univeristy was once again named a Top 20 public university in the United States. The school has only improved over the years and FSU has a top-50 law school.

The low-hanging fruit of ‘I bet you can’t read’ is just lazy. It’s those thoughtless insults in the note that lead me to believe it’s like an Alachua County Resident who is attached to Gators Football by association, not academia. Because I expect better banter from our rivals.

The Gators have won 3 in a row against the Seminoles after losing 7 of the previous 8 games. So I’d also say to this person, should they exist, to act like you’ve been there before.