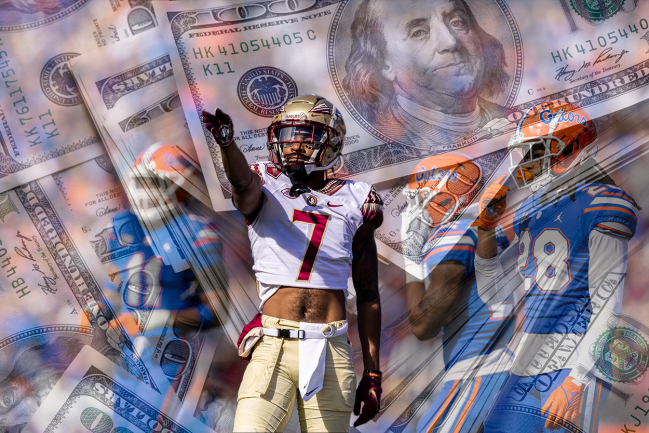 Florida state schools are about to receive a huge boost when it comes to recruiting. Two bills that are expected to make it through state Legislature and onto the governor’s desk will help level the playing field in terms of Name, Image and Likeness.

On July 1, 2021, the NCAA passed interim rules that allowed college athletes to profit from their NIL. Prior to that ruling, some states had already passed laws that made it legal.

However, once the NCAA made its decision, some of the legislation that was put into place by the states put their universities at a disadvantage. That limitation has caused an extreme recruiting discrepancy when compared to what other schools around the country can/cannot do.

The same thing is going on in Alabama, and Nick Saban has given a significant warning. Meanwhile, Texas A&M’s boosters reportedly spent an unfathomable amount of money on the Aggies’ No. 1 recruiting class this year.

Florida is trying to catch up.

When the NCAA cleared the way for college athletes to profit from NIL in July, that became an issue. Part of the legislation required schools and athletes to follow their individual state guidelines.

In turn, Florida’s state guidelines are more restrictive than others and create a significant gap in the market and how it functions.

Currently, Florida’s law makes it permissible for athletes to make money through their Name, Image and Likeness. However, it forbids the schools and their staff members from being a part of the process.

For example, the starting quarterback for the Gators could make bank from NIL, so long as he set up the deals himself. If the coaching staff was at all involved in helping to facilitate the deals, it would be deemed illegal behavior.

That is not the case at other schools in other states and the new legislation in Florida will hope to remove some of those guidelines and bridge the gap.

The problem reached its climax in December during the Early Signing Period.

Recruits were reportedly signing with schools outside the state of Florida because of lucrative packages for NIL that were established, at least in part, whether directly or indirectly, by the school and its staff. Two bills that are currently in progress seek to change that.

A bill filed in the House in December would strike out the language in the Florida’s current rules on NIL that forbids college representatives to be involved in the process. An identical bill was filed in the Senate last week.

Should it pass as it is expected to, the law will go into effect on July 1. That will allow the Gators, Seminoles, and the rest of the schools in Florida to breathe