Floyd Mayweather Jr. Is Reportedly Engaged To An Exotic Dancer And Spared No Expense On The Ring 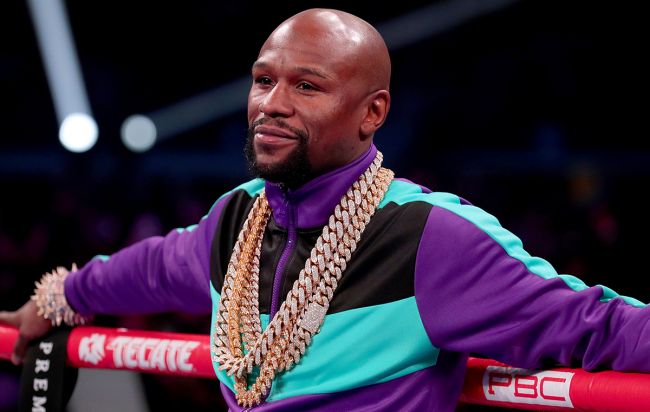 Floyd Mayweather Jr. is one of the best pound-for-pound fighters the boxing world has ever seen, and if his most recent retirement from the sport actually ends up being his last, he’ll finish out his professional career with a 50-0 record, with the majority of those wins coming via KO.

It’s been over three years since Floyd Mayweather Jr. announced he was hanging up his gloves for the third time after beating Conor McGregor in a bout (as anyone with a modicum of boxing knowledge knew he would). While he’s stated he’s willing to step into the ring with the Irishman again, the rumored rematch has basically become the sport’s equivalent of The Winds of Winter based on how many times it’s been teased without actually coming to fruition.

We will get to see the 43-year-old fighter back in action when he faces off against Logan Paul in an exhibition match on February 20th. Now, it appears he’ll have an exotic dancer cheering him on while he dances around the ring with the YouTuber, as The Sun reports Mayweather has a new fiancée after proposing to Anna Monroe last weekend.

While the boxer’s financial planning skills leave a bit to be desired, he has invested in a number of ventures—including the Girl Collection, a strip club in Las Vegas where the 29-year-old Moore is the main attraction. It appears Mayweather decided to pop the question shortly after the tabloid revealed the two of them were in a relationship earlier this month, as sources claim he asked for her hand in marriage on Saturday.

Now, it’s worth noting The Sun doesn’t exactly have the best track record in the world as far as journalistic integrity is concerned, and while neither Mayweather nor Moore has confirmed the engagement, if you do some CSI-style enhancing on a picture the latter posted on Instagram earlier this week, she seems to be rocking some serious bling on the ring finger of her left hand.

This is a particularly interesting development when you consider Mayweather doesn’t really seem like much of a “marriage” guy, as back in 2017, he revealed he was seeing seven women at the same time—one of whom seemed pretty content with their fairly untraditional relationship.

I’m personally going to wait to send them an Edible Arrangement to congratulate them on the news until it’s actually confirmed, but I wish them both the best of luck.