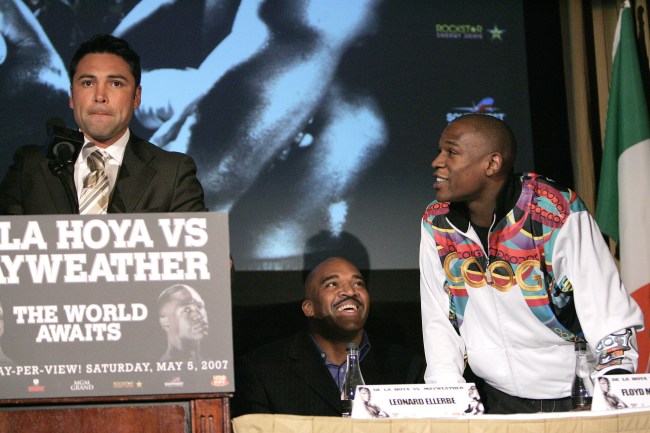 This week, 28-year-old middleweight world champion Canelo Alvarez signed a record-breaking deal with sports streaming service DAZN which will pay him a minimum of $365 million for 11 fights through 2023. The Mexican fighter’s deal the richest athlete contract in sports history.

One man who is less than happy with Alvarez’s deal is retired boxer Floyd Mayweather, who took to Instagram to pick at the scab of a 2013 fight that Mayweather won by majority decision and Canelo’s recent bust for using performance-enhancing drugs. The post came after Alvarez claimed that Mayweather would be risking his unbeaten record if he gave Alvarez a rematch.

#TBT It didn’t matter if Canelo ate his PED steak or not this night, this was by far the easiest fight of my career! Connor McQuitter was a way better fighter than Canelo’s cheating ass and I beat the brakes off him too! It takes me 36 mins or less to make $300 million plus. It literally takes me 1 night and 1 fight to make what you might make in 5 years and 11 fights! So really, who’s still winning? You do the math!

#TBT 11yrs ago,I fought her and her name is Oscar “Golden Girl” Dela Hoya. Please leave the most disrespectful caption you can think of. https://t.co/YgPVYJq1gy pic.twitter.com/8mvLlV6HdS

De La Hoya clapped back at Mayweather by bringing up his history of domestic abuse, which landed him in jail for 90 days in December 2011.

The wheels have officially come off.