Floyd Mayweather Says Casino Wouldn’t Let Him Bet On Himself 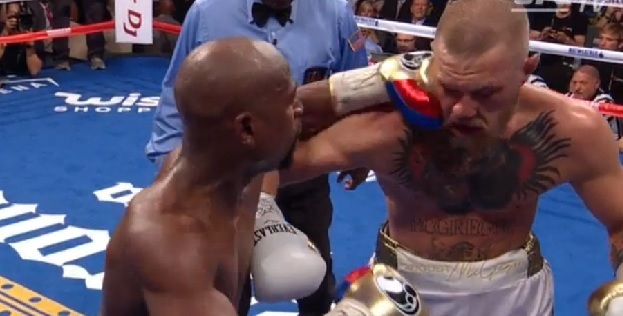 On Saturday afternoon before his big fight, Floyd Mayweather went into the M Casino sportsbook and tried to put a $400,000 bet on himself, according to a report from ESPN.

Multiple sources told ESPN that Mayweather went into the sportsbook at the M Resort in Las Vegas at around 3:30 p.m. PT Saturday with cash and plans to bet on his fight against UFC star Conor McGregor.

Mayweather attempted to place a $400,000 bet on the fight ending under 9.5 rounds at -200 odds, but according to a source, there were concerns over the legality of a fighter betting on anything other than a straight win, which caused a delay.

Mayweather then tried to bet on himself to win by knockout, but was unhappy about having to wait to place the wager and left without getting the bet down, the sources said.

Only bet Floyd wanted to make was "under 9.5 rounds." He would have won the bet by 25 SECONDS https://t.co/IdYKGF0lwS

Mayweather attempted to send a friend to bet the $400k on the under 9,5 rounds but was only allowed to bet $$87k

“I think that we bet 100 on 9½,” Mayweather told ESPN’s Sal Paolantonio after the fight. “I gave my guy six figures to go bet. I have to make sure he bet because earlier today I went to the sports book to bet and they wouldn’t let me bet.”

Mayweather later told SportsCenter he gave a friend $400,000 to bet, but that the friend was only allowed to place a bet for $87,000