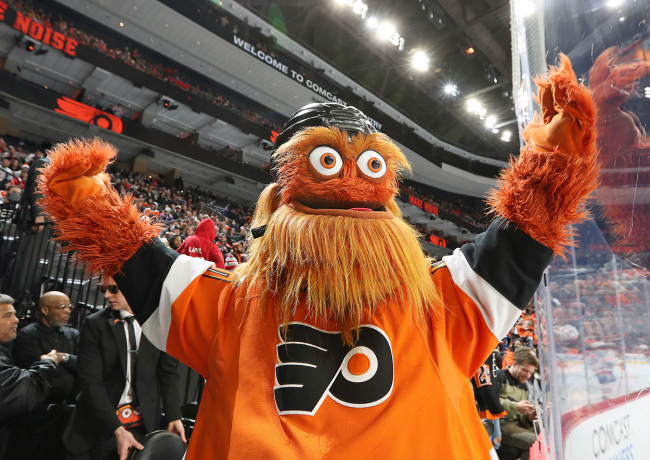 The Flyers team mascot made his debut in 2018 and immediately became one of the most recognizable characters in sports.

Whether Gritty is shooting his shot at Kim Kardashian, or swatting away a nun on the basketball court, he’s also always up to something. Much like his baseball counterpart, the Phillie Fanatic.

On Friday, Gritty welcomed the Flyers’ new head coach with a hilarious quip. Philadelphia hired John Tortorella as its 23rd head coach in franchise history, and the two have something of a history.

While out of the game, Tortorella served as a television analyst. At one point during his short broadcast career, the 63-year-old made his opinion on Gritty very clear. He sarcastically called him “wonderful,” which Gritty ran with on Friday.

After the news was announced about the hire, Gritty posted the clip and took his “wonderful” adjective literally. It was hilarious.

Clearly, Torts and Gritty will have to come to a new understanding. The head coach, whether he likes it or not, is going to have to become friends with his new team mascot.

Knowing Gritty, he is probably cooking up some sort of prank on Tortorella to introduce himself to Philly’s new coach. Stay tuned!