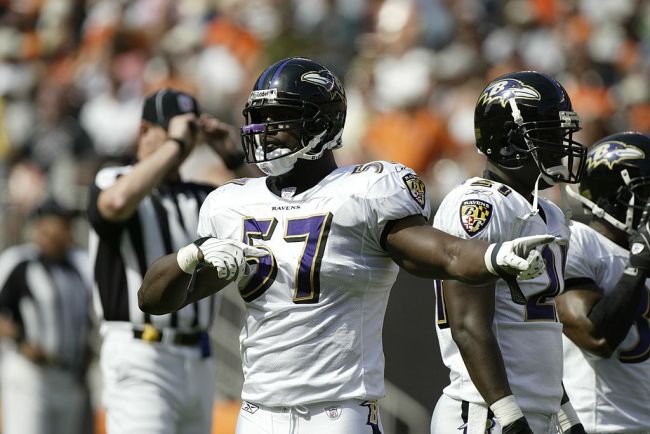 There are some opinions in life that you’re probably better off just not sharing with other people. The Earth is flat. This is the year the Jaguars turn it around. Football teams need felons to be successful.

Shockingly, one of those opinions was actually shared with the public today when Bart Scott appeared on ESPN Radio’s Freddie and Fitzsimmons.

In fact, Scott told them that you need at least 2 felons on a football team.

LOL, Bart Scott on why you need “at least two people with a couple felonies” on your team pic.twitter.com/hOxrpKlHwG

When I was with the Ravens, we had to make sure that we had at least two people on the team with a couple felonies, just to make sure our street cred was right, when we had to go into these back alleys and pass some of these dog fights.

It is a shocking stance to take given some recent events in the NFL. One may remember why Henry Ruggs is no longer on an NFL roster. There also isn’t much reason to believe that committing felonies makes one better suited for gritty NFL games. Otherwise, the Cowboys probably would’ve picked up Martha Stewart years ago.

During Scott’s time with the Baltimore Ravens, they had plenty of players with issues off the field. Terrell Suggs dealt with multiple assault allegations while playing for the Ravens. Jamal Lewis spent time in prison while he was a member of the Ravens because of his attempted involvement in a drug deal.

Most famously, Scott’s Ravens teams featured Ray Lewis, who went on trial for murder after two men were killed after a Super Bowl party Lewis was attending. Lewis pled guilty to obstruction of justice in that trial.

Maybe one of these days, Scott will show the world some data correlating criminal offenses and Super Bowls, but until he has that data, he may want to find a different talking point.