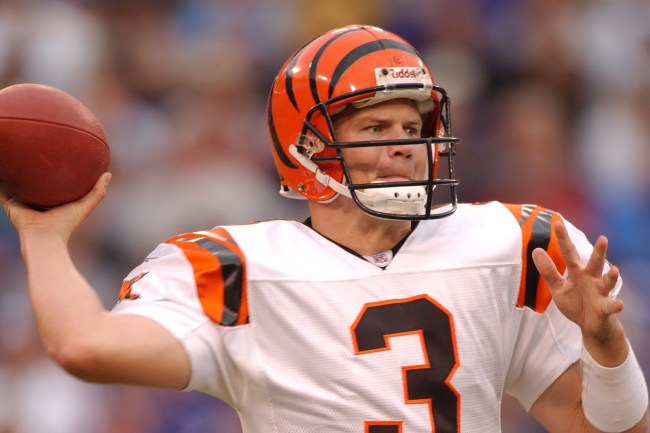 Former Bengals quarterback Jon Kitna told an interesting story during a podcast appearance about a former Cincinnati teammate who he says was drunk during a game.

On Tuesday, Kitna went on the Ryen Russilo podcast and revealed that played a game with a “guy that was drunk in the huddle.

Jon Kitna on his time with the Bengals pic.twitter.com/qLDTY5kLIQ

According to Kitna, the player, who he didn’t name, actually had a pretty good while drunk.

“I’m not sure if the staff knew but I think the guy was like… that was kind of his normal. I mean he was drunk and had close to 200 yards receiving now, so… it was crazy.”

Kitna played for the Bengals from 2001-2005 so it’s probably not hard for Internet detectives to figure out who he’s talking about.

Update Mike Florio of Pro Football Talk has narrowed down the player who Kitna may have been referencing down to three players but also didn’t name who they believe it was.

Kitna didn’t name names, so we won’t, either. There are so few that it could be that the ones who it isn’t should be upset that Kitna has defined the possibilities so narrowly.