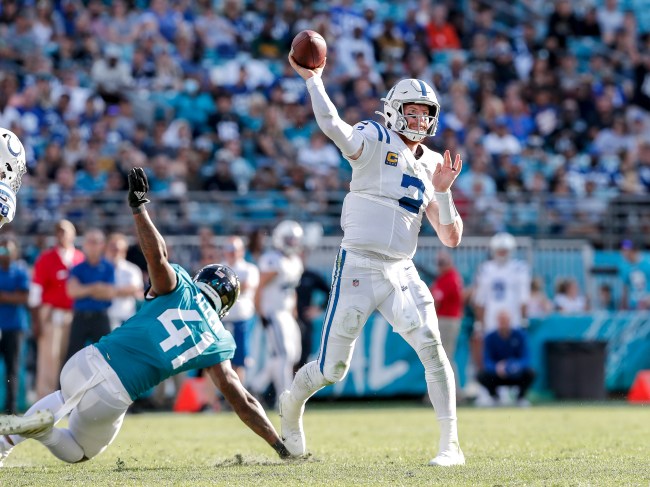 Carson Wentz must be getting tired of worrying about job security. Last season, we spent the year talking about the Eagles drafting Jalen Hurts until Hurts eventually replaced Wentz. Now it sounds like there’s at least a chance Wentz gets replaced again.

In comments to “IndyStar”, Frank Reich was noncommittal on the future of the Indianapolis Colts starting quarterback job.

It certainly isn’t a ringing endorsement of Wentz after the Indianapolis Colts made a disappointing exit from the playoff race. He does have one thing working in his favor, though. I’m really not sure who the Colts would turn to if they decided Wentz wasn’t the answer.

This likely leaves them with Wentz as their starter for 2022, but he can’t be feeling great about it after this comment. Wentz has been questioned as a starter seemingly every year since the Eagles won a Super Bowl with Nick Foles.

Now, he’s found a new team where he was expected to get away from those kinds of questions, but is right back in the same situation. It is unfortunate for Wentz as he was actually performing pretty well throughout the season before an unfortunate last two weeks.

It will be interesting to see how this plays out, but it seems likely that this is going to end with Carson Wentz leading the Indianapolis Colts once again next season.