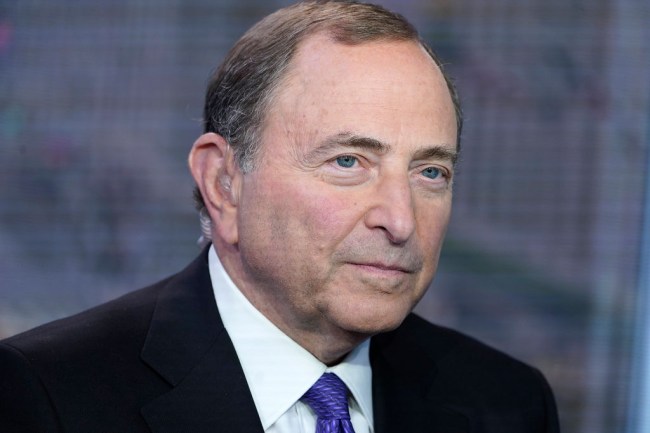 As someone with a job that requires me to be pretty knowledgeable about most sports unless I want to deal with people flooding my Twitter mentions who think they’re the first person to notice my last name is one letter away from the insult they typically turn to whenever I make the slightest error, I make a pretty concerted effort to be as well-informed on the various realms of the athletic world as possible.

However, compared to the people out there who use those aforementioned Twitter accounts to argue about sports during a sizeable chunk of their waking hours, I’d describe myself as a fairly casual fan of most leagues—with the notable exception of the NHL.

As someone who has repeatedly used nonexistent dinner plans as an excuse to avoid going out on a Saturday night because the Bruins are playing and subsisted on a diet of alcohol and nothing else for a few days after they lost the Stanley Cup last year, it’s safe to say I was not thrilled when the NHL announced it was suspending its season with Boston at the top of the standings and some solid momentum on its side.

After finally making it through the stages of grief that led me to accept commissioner Gary Bettman had made the right decision, I’ve been keeping a close eye on the developments as the league monitors the situation and attempts to figure out how it may resume play, whether it involves having every team gather in North Dakota or introducing a fairly radical playoff format.

It’s safe to say I wasn’t exactly thrilled when the AHL announced it was officially canceling the remainder of its season earlier this week but was fairly revealed when sources cited the financial infeasibility of having the league’s teams play in empty arenas, as a lack of ticket sales wouldn’t have as sizeable of an impact on the NHL.

On Tuesday, Bettman provided us with an update on the current state of things and shared some good news during a conference call hosted by the San Jose Sharks, as The Mercury News reports he says the possibility of canceling the rest of the season isn’t even on the table:

“[It’s] not something I’m even contemplating.

I believe that if the right time comes, and the right circumstances, based on all of the options that we’re considering and our ability to execute them, we’ll get this season done.

I don’t want to sound Pollyanna, but canceling is too easy a solution. That means you stop working hard to do all of the things that we’re doing, and I ultimately believe that there will be an opportunity.”

Bettman didn’t provide a timeline for when action could resume and his current mindset could obviously change as more and more time passes without a possible end to the crisis appearing on the horizon. With that said, I’ll take all of the good hockey-related news I can get right now.