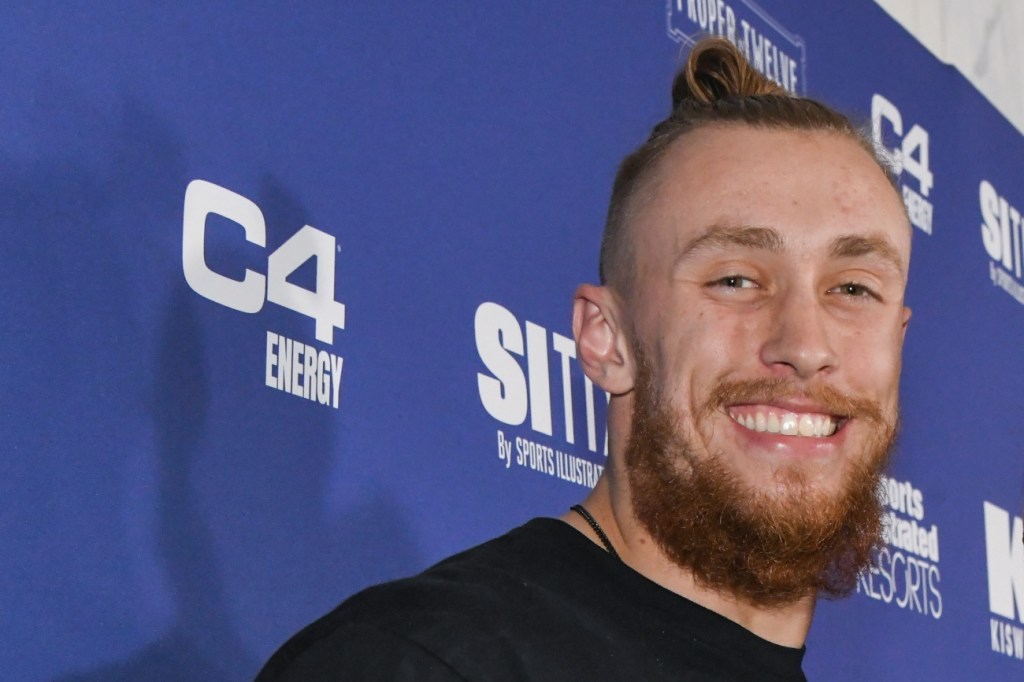 San Francisco 49ers tight end George Kittle is about to enter his 6th year in the NFL. He’s averaged just under 898 yards/season over his first five seasons with two years over 1,000 receiving yards and Kittle’s looking to go BIG next season.

The NFC West is going to be pretty crowded next season with the reigning Super Bowl champion Los Angeles Rams (+125), 49ers (+200), and Arizona Cardinals (+400). And George Kittle appears to have been hitting the gym with a vengeance looking to gain some more explosion next season.

A video surfaced this week showing the 6’4″, 250-pound tight end casually repping 635-pound deadlifts with the hex bar and it doesn’t even look like he was breaking a sweat. I haven’t been stalking Kittle’s workout videos for long enough to know whether or not this is a personal best for him but 635-pound dead lifts with the hex bar is just bonkers.

Coming for that number 1 spot?

Going based off the recent PFF grades, George Kittle is currently the #2 ranked tight end in the NFL and only trails Travis Kelce. Kittle can put in as many hours in the gym as his body will allow but when it comes to game time, he’s got Jimmy Garoppolo throwing him passes and Travis Kelce has Patrick Mahomes. Those two are not the same.

Kittle does continue to be “a menace” in the words of PFF, however, and since 2018 he leads all NFL tight ends in receiving yards after contact (1,171) and broken tackles after the catch (58). So any incremental explosiveness he might find on the field could really spell trouble for NFC West defenses.

49ers fans are HYPED to see George Kittle putting in WORK at the gym.

I’ve seen you do this at least 4x and I am totally exhausted just watching!
Thanks for all your hard work—wish I could get you a second bye for the upcoming season.😉

Young man is going to blow an O ring lifting that much weight.

Anyone else counting the hours until the NFL pre-season starts???