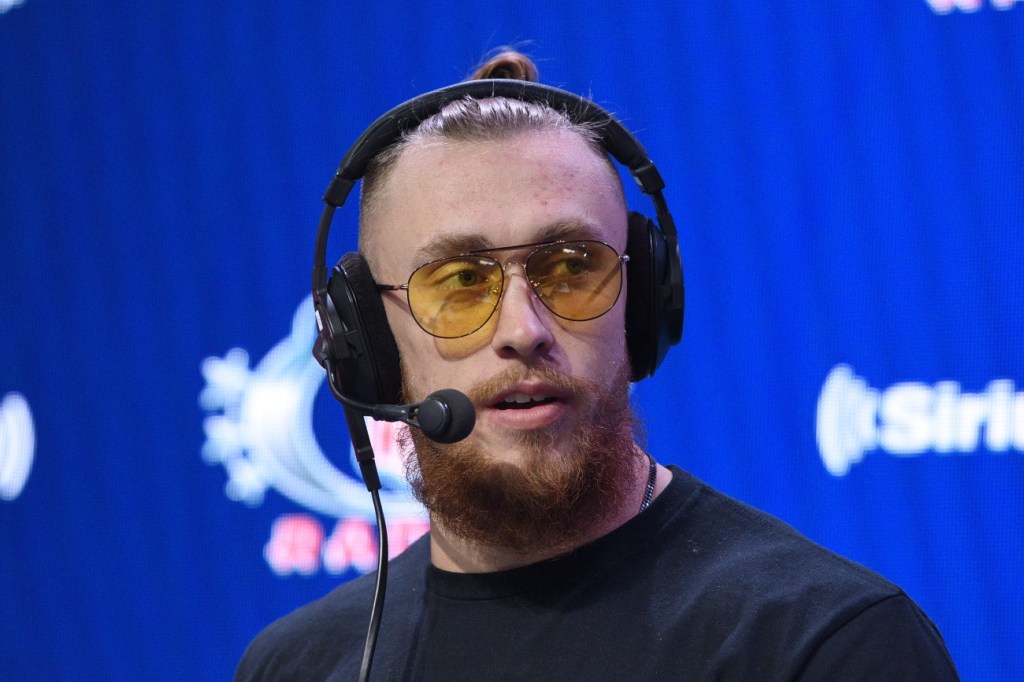 San Francisco 49ers tight end George Kittle was recently a guest on the Bussin’ With The Boys podcast with Will Compton. One of the topics that came up was the recent NFL overtime rule changes.

Kittle was initially hesitant about giving his honest opinion about the new NFL overtime rules but then launched into a lengthy explanation. Ultimately, Kittle recognizes that it’s a defensive league and defenses need to make a stop if they want to win in overtime, something I definitely agree with myself.

He then dives into a change to the NFL overtime rules that’s both incredibly obvious and would make the game a lot more fun. I’ve included the video(s) below as well as a transcript of the conversation if you’d rather read than watch a video.

Will Compton: “So I will ask you, do you not think it’s a good rule change?”

Will Compton: “Nah, nah, nah. This is obviously just the boys talking. Are you a fan of the rule change or no?”

George Kittle: “So I get the whole ‘it’s a coin toss’ and that decides who wins but Cincinnati won the coin toss. They went down and kicked a field goal and then we went down and scored a touchdown.

But it’s also a defensive game. So now you’re just giving both offenses opportunities when at the end of the day, our defense, the Niners defense, holds them to a field goal and then we go down and score. That’s what overtime is. Or (if) you win the coin toss, you house the kick-off return the game should be over.

That’s what it is. That’s what overtime was and that’s how I understood it. And we’ve changed it, and it’s totally fine. It’s more football. Sure, okay, I’m excited about it. I have another opportunity to score.

You know what, I bet you if I was on the other side of that, for sure ‘terrible rule change, change it right now.’ I totally see it from their side.”

How to Fix the NFL’s overtime rules!

George Kittle: “But in reality, why don’t we just do college rules? Line it up on the 35-yard line and just go back and forth. Why not?

Because you know what? It would be SO much fun. You’re in field goal range. It’s a 52-yard field goal. It’s not easy, it’s a hard field goal kick. Do you just go for the field goal or do you go for points? That’s fun.

Then you’re getting guys that are like ‘hey, Josh Allen is going to throw for 7 touchdowns because he went to overtime and he threw 4 touchdowns in 4 overtimes.’ That’s exciting.”

Will Compton: “Oh I agree. When we were talking about it we said the 50 (yard line) that way you’re not just putting the team in field goal range. I’m saying 50, you hold them, you gotta try and…”

George Kittle: “No, I say put them in field goal range… And now you have the onside kick rule that you can go for it on 4th-and-15. Is that a rule or is that just a tryout thing?”

At this point they appear to be talking about USFL rules that went into play and have been discussed about possibly being implemented into the NFL at some point. George Kittle says they tried this rule out in the Pro Bowl. You can watch the video for the full explanation.

Watch the full interview(s) with George Kittle and Josh Allen

Got some time to burn? Check out the full interview(s) below

I definitely agree with George Kittle that the NFL should consider adopting College Football’s overtime rules. Just make it an offensive shootout where defenses have to make a stand but the offenses are already in field goal range for NFL kickers. Fans would LOVE it when their Fantasy Football stats are juiced and there’s equality when the clock is taken out of play.