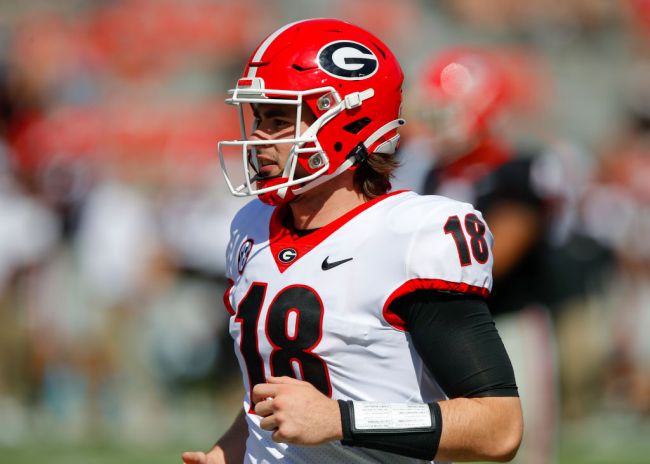 Collegiate athletes were allowed the opportunity to profit from their Names, Images and Likenesses as of July 1st. That means that the student-athletes — who had previously been suppressed under the guise of amateurism — are able to sign endorsement deals, make paid appearances, ear money from their social media followings, and sell merchandise.

Hundreds (if not thousands) of athletes have already cashed in. Some of the biggest names in their sport have already earned up to $1 million from their NIL, while others are making smaller quantities from hilarious troll jobs.

Among those who are seeking to make some money from their signature is Georgia starting quarterback J.T. Daniels. The 21-year-old gunslinger spent his first year at Southern California before transferring to the SEC.

J.T. Daniels is taking his signature to the bank.

A recent TikTok video showed him signing a LOT of jerseys.

The jerseys, of which there are many, are being sold on GeorgiaAutographs.com for $150 each. The original poster of the TikTok is the one who owns the shop and Daniels is set to get a cut of the profits.

Every single one is sold out.

I tried counting the number of jerseys in the video alone. By my VERY ROUGH estimate, there are at least 33 on the table. 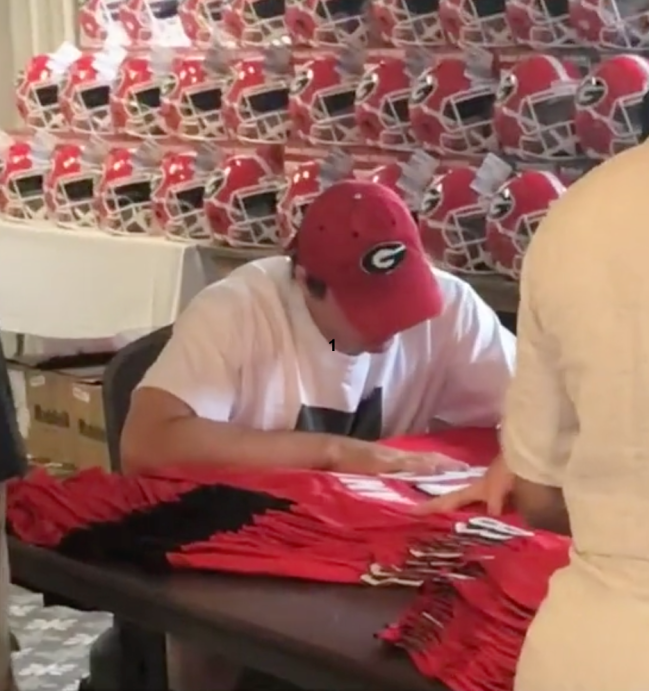 Assuming that Daniels spent much of his afternoon scribbling his Thomas Jefferson, a general estimate for the total number of jerseys signed could sit around 100. Multiple that number by $150 and you’re looking at a $15,000 profit.

If you figure that Daniels is making at least 30% of the cut, he made $4,500 on the single signature session alone. And that is more than likely a low-ball number.

Remember, this profitable industry comes 11 years after five Ohio State players and the program were punished for trading game-worn memorabilia for tattoos. The world of college sports has come a long way and rightfully so.