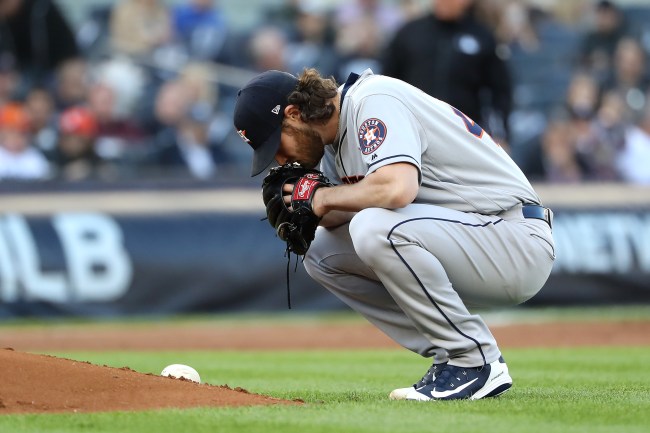 Why the Astros didn’t insert their best pitcher into the game when Zack Greinke began fading is a question that will haunt the organization and its fans long after Halloween is over.

Gerrit Cole, who led the Astros to a 7-1 win in Game 5, saw Will Harris, Roberto Osuna, Ryan Pressly, Joe Smith and Jose Urquidy enter the game while he warm up twice in the bullpen to no avail. The All Star was so unhinged by the decision to snub him that he essentially disowned the Astros organization after the game, telling a reporter that he is “not an employee of the team” and wearing a hat with the logo of his agent Scott Boras’ company.

If that doesn’t highlight how livid the 28-year-old righty was, maybe I should start speaking in a language you can understand.

Cole didn’t even want to see a pair of knockers from the transcendently beautiful Instagram model who flashed him to victory in Game 5 and allegedly received a lifelong ban for it.

Julia Rose attempted to cheer Gerrit up by tweeting a photo of her flashing her television while the camera panned to him following the Astros Game 7 loss. Her tweet shows an itty bit of nipple, and since we are a prestigious publication (hear that dad?!), we cannot post here. But, I’m not a boob-forbidding monster, so click this link.

In any event, Cole didn’t want the boob or the nipple, evidenced in him blocking her from any and all boob related material. 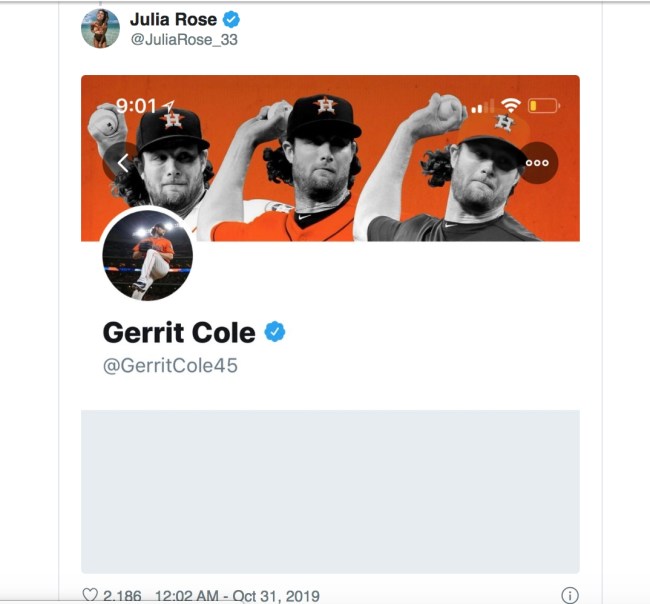 Mind you, Cole is a married man. He’s tied the knot in 2016 with Amy Crawford, the sister of San Francisco Giants shortstop Brandon Crawford.