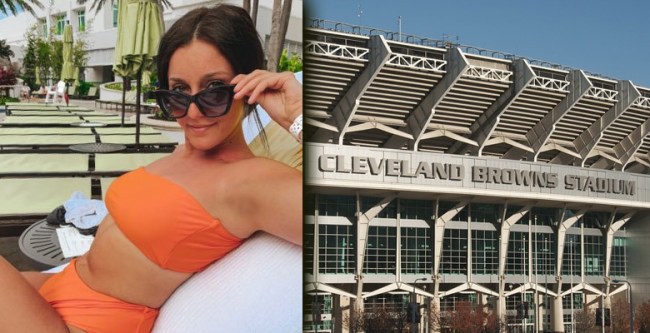 As I mentioned earlier today, Cleveland Browns fans are beside themselves, overjoyed at the news that their team acquired Giants wide receiver Odell Beckham, Jr.

One Browns fan was so fired up by the news that his celebration of the trade resulted in someone calling the police on him.

So yeah, things are definitely looking up on the football side in The Land.

As such, scoring season tickets to see the Browns play in 2019 is suddenly not such an easy propostition.

Just walked into the facility. Phones ringing off the hook and a full sales staff running in to work. Better get your tickets. Wow. @MikeJudge1027 give the people the details.

So if Browns fans want to see OBJ live and in person next season, time is rapidly running out. This is something a lovely, single young lady named Brittany Castrataro knows very well and is looking to use to her advantage.

p.s. these are dawg pound tickets so you better impress me 👀

Naturally, because, guys… she has had more than her fair share of suitors replying on Twitter. She even made the ABC-19 Cleveland news.

“A lot of the responses are A+. I’m just laughing out loud about this all,” Castrataro told Joe Kinsey of Busted Coverage when asked about the tweet.

Me looking at how long the boyfriend queue is so far... pic.twitter.com/MMlUG6SsGE