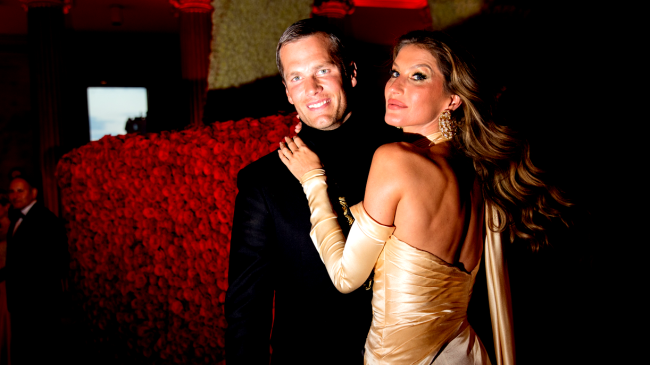 At first, most football fans treated the rumors of Tom Brady and Gisele Bundchen having marital troubles like just another concoction of the tabloid media.

It’s now been seven days since those rumors surfaced and either the tabloid media is starting to believe its own nonsense, or there really is some truth to the whole thing.

A new report now claims that Gisele Bundchen pressured her husband, Tom Brady, into announcing his retirement back in February.

Back then, TB12’s dad blamed the media for his son’s retirement announcement, saying, “They were announcing his retirement before he even retired.”

Tom Brady Sr. also added at that time that his son changing his mind and deciding to come back for a 23rd season was “the path forward that works best for the Brady family” and that “they” all agreed it would be okay.

In March, a source told People, “Gisele has been vocal about wanting him to retire for years but she’s also his biggest cheerleader. He would never do it if she weren’t on board.”

Then in April, Brady reiterated that he talked to his family and “my wife was so supportive of it and she said, “Look, I want you to be happy. I want you to enjoy it and go out there and win.” Ultimately, that’s why I came back, to win. There’s only one reason to play for me at this point in my career. And that’s to win.”

Fast forward to today and reports are flying all over the place about how Brady is “hoping” he and Gisele can reconcile and “their issues are apparently so bad, they are not even living together.”

Although his wife congratulated him on his legacy and accomplishments via social media, an insider said she was ready to walk unless he finally left the field. “She was on his case when he was still playing for the Patriots,” a source told OK! Magazine about her ultimatum.

Brady notably spent 20 seasons with the Pats before joining the Tampa Bay Buccaneers in 2020 as their quarterback.

Per the source, Brady’s “reluctance” explained why he was still mulling over his decision when ESPN first reported that he was bidding his NFL days adieu.

An insider also said, “Gisele laid down the terms: It’s me or football. She’d been asking him to quit for six years almost daily. Tom would say one thing and then do another. He was so indecisive about leaving. It took years, but she wore him down to the point where he finally understood her reasoning.”

Another source said, “There’s been trouble in the marriage over his decision to un-retire. Gisele has always been the one with the kids. They had agreed he would retire to focus on the family, then he changed his mind.”

Interestingly, just five weeks ago, Gisele posted a message to Tom on Instagram which read, “Happy birthday to one of the most focused, disciplined and fashionable person I know! @tombrady you are so loved and we are always here cheering for you and wishing you all the most wonderful things in life!”

So what happened between then and now? Is she no longer cheering for him?

Or, maybe, is this whole thing, as many fans surmised when the rumors about a rift between the famous couple first surfaced, just a figment of the tabloid media’s imagination?