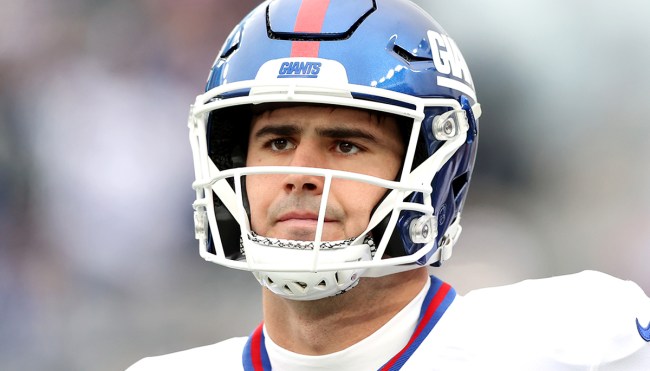 It’s been three years since the New York Giants drafted Daniel Jones with the sixth overall pick in the NFL Draft, and it initially looked like the franchise had found a more-than-worthy successor to Eli Manning after the Duke graduate replaced the veteran QB as the team’s starter just three weeks into his rookie season.

The hype surrounding Jones only continued to grow after he won his first two games under center, but it’s unfortunately been largely downhill from there. Those victories preceded a brutal nine-game losing streak, and while Jones has shown occasional flashes of brilliance, the fact that he’s heading into his fourth season boasting a 12-25 record as a starter doesn’t exactly inspire a ton of confidence.

To his credit, Jones certainly hasn’t been shy about acknowledging his shortcomings. However, anyone who’s even somewhat familiar with the dysfunction that has defined the Giants organization for a solid decade knows it would be foolish to place all of the blame on his shoulders (although that hasn’t prevented plenty of fans from doing exactly that).

Earlier this week, Manning speculated New York’s revolving door of coaches hasn’t put Jones in a great position to succeed, and now, one of his former teammates has echoed that sentiment by outlining the many ways the QB has gotten screwed over during his first few seasons.

During a recent conversation with NJ.com, seemingly retired wide receiver (and aspiring professional baseball player) Golden Tate said “I honestly feel bad for Daniel” before highlighting the wide variety of issues Jones has been forced to grapple with—and taking a not-so-subtle shot at Jason Garrett for good measure:

“He was drafted into a rebuilding organization for one, had Pat Shurmur for a year and then got Joe Judge for two years, now another head coach and another rebuild going into his fourth season.

He hasn’t had Saquon [Barkley], myself, [Kenny] Golladay, Sterling [Shepard]—no one is ever on the field at the same time. And then on top of that, he had [Jason] Garrett [as his offensive coordinator] and that probably didn’t help much.”

Jones will have the chance to prove the haters wrong during what is shaping up to be a make-or-break season, so we’ll just have to wait and see if that ends up being the case.