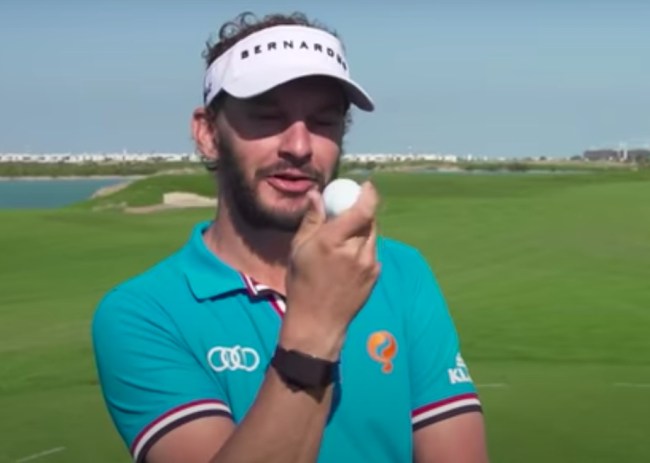 Hitting a golf ball can be hard AF — as evidenced by my cool hundo the last time I got out to the links. But have you ever thought about what hitting a dimpleless golf ball might be like? While many of us would imagine smacking the hell out of a piece of plastic would still result in it flying 250-300 yards with a driver, that actually doesn’t seem to be the case. How do I know? Because a bunch of pro golfers tried it out and, well, the results were epic failures.

Thanks to a recent video posted by Titleist, we got to see a handful of pro golfers test their luck with a golf ball that resembled a heavier ping pong ball. Without the dimples in the ball — which are used to determine velocity, launch and spin rate — the pro golfers ended up struggling pretty badly with their shots. Take a look below to see the results.

While you’ve got to admire Matt Fitzpatrick’s question about the golf ball exploding without the dimples, which would actually be pretty awesome, the real results weren’t much prettier. Watching pro golfers struggle to hit a golf ball more than 150 yards off the tee is pretty hilarious — and a good reminder that, when the equipment’s changed, they suck just as bad as you or me do out there.

Of course, even with a dimpleless golf ball, it’s hard to imagine a guy like Bryson DeChambeau couldn’t still crush the thing 300+ yards — because the dude’s a beast of epic proportions. Honestly, would anyone doubt that Bryson could defy the law of physics and nearly drive the green with this dimpleless version? I wouldn’t put it past him.

So now we all know why the dimples on a golf ball are so important — because, without them, we’d all have to settle for more 10s on par threes than we already experience.