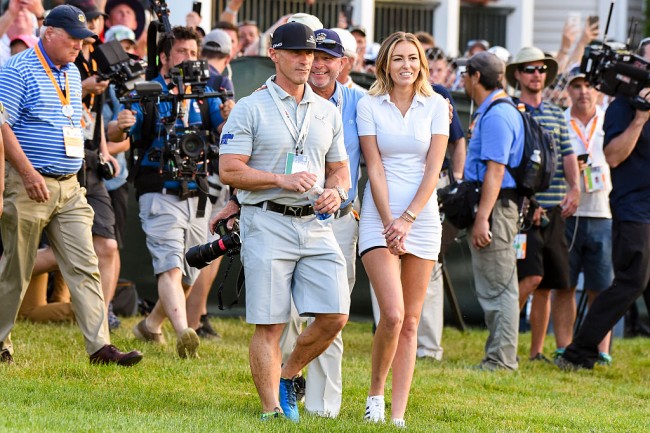 Joey Diovisalvi, who you may know as ‘Joey D,’ is essentially the man behind the fitness and training wave we’ve seen take over the PGA Tour over the last 20 years or so. When it comes to golf-specific fitness, Joey D is the guy.

A biomechanics expert, Diovisalvi has helped players like Dustin Johnson, Brooks Koepka, Justin Thomas, Rickie Fowler, Vijay Singh and many other top players in the game to reach their top-athletic form.

We got a chance to talk to the man himself about the fitness scene on the PGA Tour and how it has evolved over the years. We also discussed Tiger Woods’ body transformation over the years, just how freaky athletic DJ is, what it was like working alongside Koepka during his dominant stretch and, of course, Bryson DeChambeau’s sudden body transformation.

BroBible: You’re a biomechanics expert coach that specializes in golf. Those two things certainly go together, but 30 or so years ago, that sort of title didn’t exist. How has it been for you to see the golf fitness world transform and grow so rapidly over the past couple of decades?

Joey D: Biomechanics existed, it just was one of those things, it hadn’t found its way into the sport. I think with golf being a late adapter, golfers are very suspect. You know, the stigma of, if you lift weights, you train like an athlete. You know, they weren’t considered athletes 30 years ago. And I think that if you look at the evolution of sport and science, biomechanics became something that, whether you like it or not, it was going to find its way into all sports. We just have such a great opportunity that the PGA Tour has given us to have these mobile facilities that allow us to do things that work hand-in-hand with the best teachers in the world.

BB: When you think of the ‘founding father’ of the golf fitness scene you immediately think of Gary Player who was really revolutionizing things back in the 1960’s and 70’s. Are there comparisons to what he was doing 40+ years ago to the evolvement we’ve seen in the golf fitness space since when Tiger burst onto the scene in the late 90’s?

JD: Golf Channel was actually showing the evolution of [Woods’] physique and you look at him standing next to Mr. Nicklaus years and years ago at a tournament and look at him today and, you know, he’s probably more mature, his body is matured. As much as people want to criticize him for his injuries, I think there’s a there’s a lot of validated information that’s available to us to see what these athletes have to do to kind of create longevity.

Gary Player, you know, was in a unique space compared to where we are today. It’s been really exciting because we created, as the world changed, my brand and my coaches and team had to change to evolve, you know, the everyday player at every level from juniors all the way up to seniors to give them opportunities to share it, maybe a level that’s much more understandable and easy to apply. You break down biomechanics and it’s basically the forces of of of gravity externally by the musculoskeletal system and go all the way to the internal components.

Equipment is important, but the body is probably the most important part of your game. To watch people at all levels and all ages start to really kind of dive into the information that we’ve been able to gather, I think the big word is share with everybody. You can do very minimal things and get much more value and opportunity to play golf these days. So it’s been exciting. That’s a good question.

BB: You had a front-row seat and played a huge role in Koepka’s dominant run between 2017-2019 when he won four majors. He’s another guy that’s really transformed his body since arriving on Tour, which had to be an unbelievable experience.

JD: While I don’t work with him anymore, I had many years with him and I still admire him and where he is and how he’s taken the ability to be driven internally and understand the opportunity where we started. He was really on a quest to be the best he could be. He arguably had one of the best runs in golf we’ll ever see over four years.

There was this really unique journey that we went on and he bought in and he applied himself and he understood how to transfer because you’ve got to understand athletes have to understand how to transfer information to their game, and Brooks did it as good as anybody. You don’t really have athletes as smart and intelligent and talented as a Brooks. Go look at the results, you’ve got the majors and getting to No. 1 in the world. He would always say, you know, nobody bet on me, I bet on myself. I love that about him, and I am still a big fan of his.

BB: Dustin Johnson is the tall, lanky guy that has an interesting swing with the cupped wrists up top. Just looking at him you know he’s a powerful, flexible, and downright freaky kind of athlete. What’s your main focus point when it comes to training DJ and how is he in the gym?

JD: Dustin is probably he’s probably the most unique of any of the athletes that I have ever worked with in my career. When you look at Dustin, his athletic IQ, his innate ability to understand movement, you barely have to teach him anything, you just feel on things a few times. You share with him what the benefit of a certain movement and a load and a training matrix is and he understands how to apply it. He’s so good.

He was somebody I’ve worked with for ten years and now a decade has passed and I’ve watched him go from a boy to a man. He’s matured with so much ability to understand how to take the training over all these years. He wasn’t always a two hundred and fifteen pound, six foot five athlete you know, he was a lot less mature. When you look at his musculature, his is skeletal densities, muscular density. And now you look at his power and speed and his ability as a mature athlete, just like I look at Tiger. Tiger is in his 40’s now, he still possesses this amazing musculature and ability to take what he does in the gym where you have an opportunity to take science and really blend it with athleticism.

You look at guys like Dustin, we were joking around in the gym yesterday and he was warming up, doing some stuff. We took the vert mat out and he jumped 10 feet from a standing position. I mean, that’s something you just don’t see that that often. He’s just athletic at every level.

BB: I have to ask you about Bryson DeChambeau as he’s been the hottest topic since golf’s return. His results speak for themselves, but with this rapid weight and muscle gain, could it be an issue for him to stay healthy? Also, given his new-found success and distance as a result of his transformation, do you expect other Tour pros to try the same sort of thing out?

JD: I think that’s a fair question. It’s a complicated answer, but I’m going to take a shot at it. Bryson is an individual who had an idea and he’s very analytical, very intelligent. I’m sure he’s done his share of research and the people that I would imagine support him understand the complexity of the golf swing. You’ve got to hope as a coach that the other coaches in your world are looking at the things that would help prevent injury as he’s really changed his body dramatically.

I think that other players will be inquisitive, but I don’t think you’ll see players go to that extreme. I just think that players will say, man, his clubhead speed is increased. It’s just crazy, his ball speed, like the things that are changing because of his power and these ratios. That doesn’t mean every player is going to do that. But I promise players, especially out on the PGA Tour, the professional tours all over the world, people pay attention because the critics will say that he’s going to get hurt.

Now, listen, we all know that you can get hurt doing anything, but what I really admire about Bryson is he’s like, ‘hey, I’m an individual, this works for me, I’m not telling everybody to do this.’

He’s done a phenomenal job out there. I hope he continues to just be mindful of rehabilitation as he’s going through these protocols. I’m a fan of his. I enjoy Bryson’s character. I think he’s going to help the people that want to apply that. I believe that golf is going to evolve and change as every other sport has. 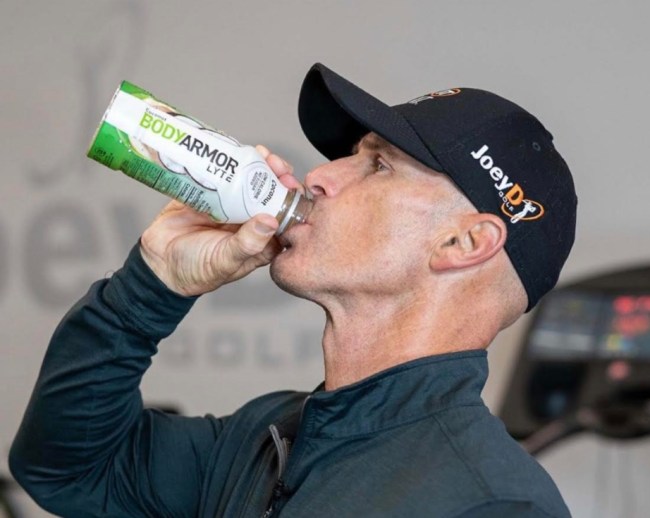 BB: When it comes to nutrition, specifically hydration, there are so many different products and supplements out there these days. I know you work closely with BODYARMOR, what is it that makes their products above and beyond when it comes to hydration and getting the most out of both a workout and recovery?

JD: When we talk about change, I think the biggest things that we have to talk about it and pay attention to is absorption and hydration. What I love about a company like BODYARMOR is the unique science that goes behind what hydration is all about.

One of the unique products that I want to share with people is that the BODYARMOR LYTE product is something that we use on Tour all the time. The reason why we do use the product is because of the ingredients in it. You know, we need things, the human body requires a certain amount of just straight water, but it’s not enough. And I think that at the end of the day, when you look at a product like BODYARMOR LYTE, it’s loaded with potassium and electrolytes and I think people need to make better decisions, just like they do with golf equipment, clubs, the ball, like their training, their hydration and their nutrition have to be key.

You’ve got to look at things like a BODYARMOR LYTE because, you know, you talk about stuff that doesn’t have added sugars or dyes, but it has all of the things that you need to hydrate. And absorption is a big key to change at a cellular level.